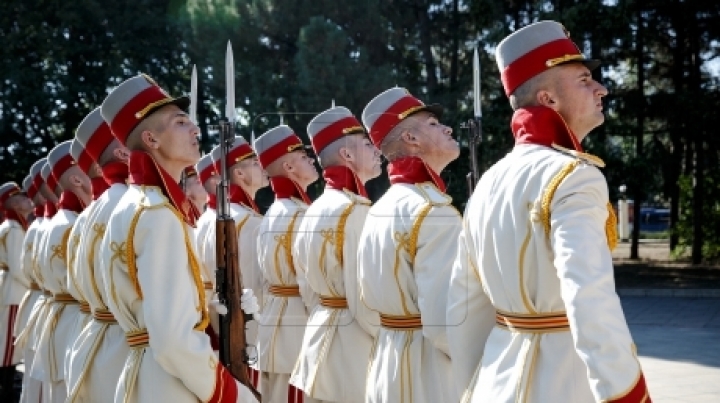 There are more than just over 24 hours left until the soldiers will celebrate a quarter century of independence at the National Square.

Today in downtown, the final rehearsal for tomorrow's event was held.

Over two thousand troops from the country and abroad will participate at the military parade tomorrow.

For the first time, this year will march troops from Romania, United Kingdom of Great Britain and Northern Ireland, Ukraine, Lithuania and Poland.

After the parade troops by the Great National Assembly will pass and 36 units of military equipment and weapons systems of the National Army.

They will be followed by 22 intervention vehicles and cars of the Interior Ministry of the Protection and State Guard.

The last military parade in Chisinau was held in 2011, when we reached 20 years of independence.