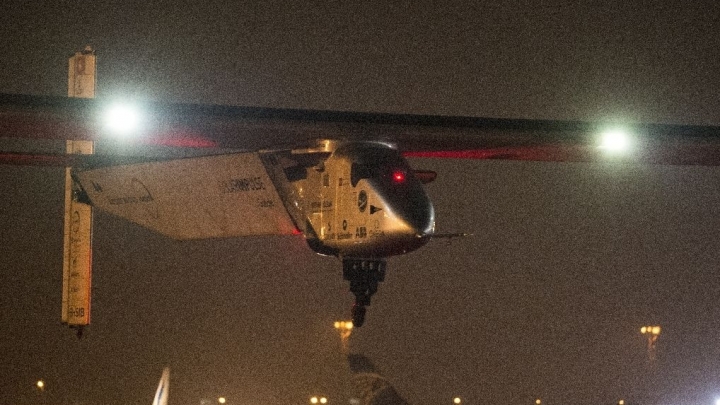 The first solar-powered plane to circle the world took off from Cairo on Sunday for Abu Dhabi, on the final leg of its historic journey.

Swiss pilot Bertrand Piccard was behind the controls of Solar Impulse 2, which can fly for days on only energy from the sun.

"It's a project for energy, for a better world," Piccard, 58, told journalists before taking off.

The ground crew, who had dragged the plane out to the tarmac with ropes, cheered as it lifted off and disappeared into the night.

It had been scheduled to leave last week, but the flight was delayed because of winds and Picard falling ill.

Piccard and Swiss entrepreneur and pilot Andre Borschberg have taken turns flying the plane on its 35,000-kilometre (22,000-mile) trip around the world.