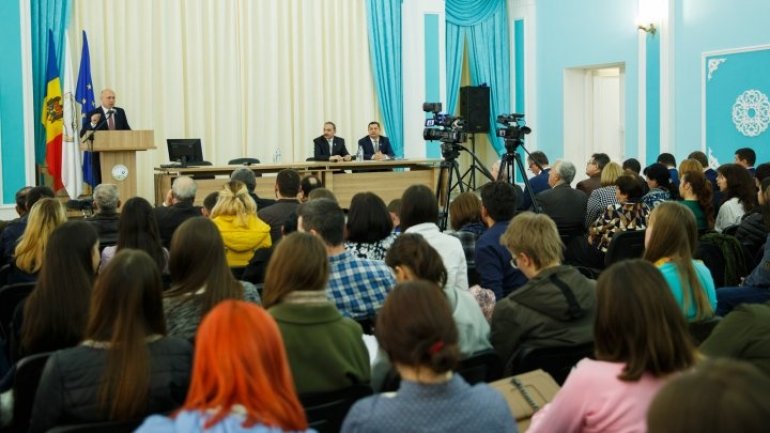 The new headquarters of the Bogdan Petriceicu Hasdeu Theater in the Cahul city could be ready next year. This was announced by the director of the construction company, in the presence of Premier Pavel Filip.

The foundation stone of the theater has been still in place since 2014. The old headquarter deteriorated because of the underground waters. Romania offered a non-reimbursable credit of 800,000 euros for reconstruction.

"We've finished 50% the construction. We hope to put the roof by the year-end, and hopefully we will finish by 2018," said construction company manager Ion Ghindă.

Aurica Turcanu has been an actress at the Cahul Theater since 1986 and is just waiting to play on a new stage.

"I hope, moreover, I am convinced that everything will be good. We really enjoyed the 30th anniversary of the theater, we were able to celebrate it here," said actress Aurica Ţurcanu

Pavel Filip also met with university students in Cahul. The prime minister said 10 per cent of scholarship fund could be targeted at student organizations.

Also in Cahul, Pavel Filip discussed with locals and representatives of local administrations about reforms in education, justice and the use of the road fund.

The prime minister has assured people that he will seek solutions to their problems.