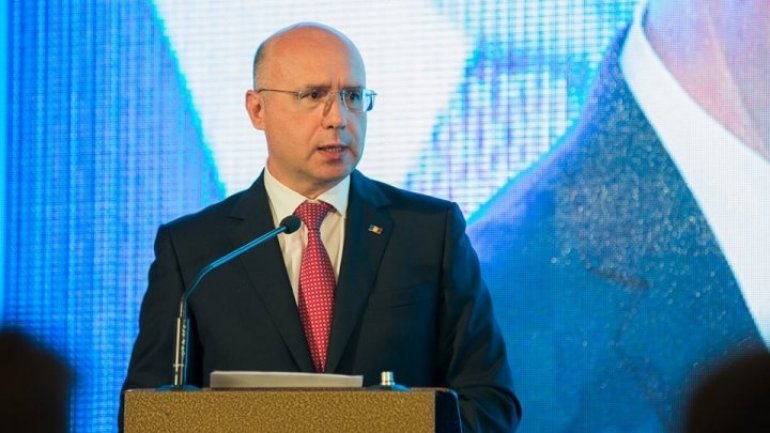 Prime Minister Pavel Filip is on a working visit to Odessa. During the press conference, Filip said he would discuss the new bill voted by the Kiev Council, which provides for the liquidation of schools in which teaching language is non-Ukrainian.

"In today's meetings we will also discuss the new education project voted this week by the Kiev Supreme Rada, so that its implementation does not violate the rights of Moldovan and Romanian ethnicities living in Ukraine. I'm sure it's not problematic as Ukraine has signed a number of international conventions, "Filip said.

The Verkhovna Rada in Kiev voted a bill to close school that language teaching is not Ukrainian. The initiative strongly affected the Romanians from  Cernăuţi şi Ţinutul Herţa regions as well as southern Bessarabia, which will be subject to an intense process of denationalization.

The law passed by the Kiev MPs stipulates that by 2020 all schools in which children are studying in a language other than Ukrainian should be completely liquidated.

Already next year, all students of the gymnasium classes, ie starting with those in the fifth grade, will be required to learn only in the state language.

Primary school pupils also have a grace period of three years, after which they will be put in the same situation.

Ukrainian deputies have motivated their decision by saying that many citizens speak badly or do not know Ukrainian at all.

However, in order to be in force, the project must be approved by Ukrainian President Petro Poroshenko.

The decision has provoked harsh criticism from representatives of ethnic minorities as well as from countries of origin, including Romania.

In the Romanian historical regions, currently in the composition of Ukraine, more than 400,000 Romanians live. This is the second largest minority, after the Russian one, on the territory of the Ukrainian state.