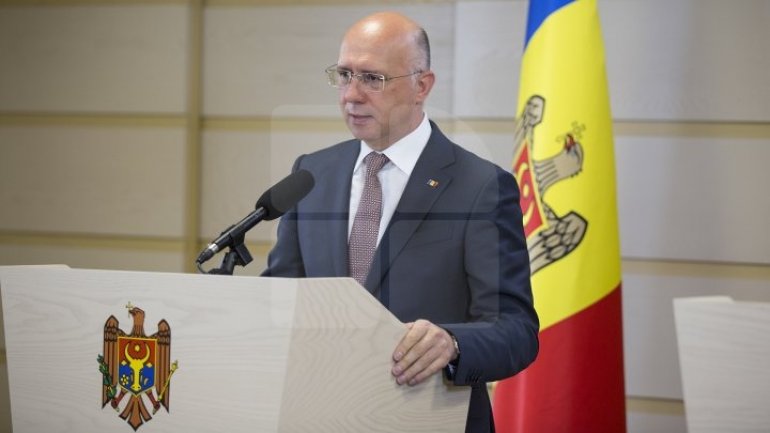 Changes are made when you believe they will help you obtain better results. This reshuffle is a logical step that demonstrates the government's intention to be closer to the citizens. This statement was made by Prime Minister Pavel Filip after PDM chairman Vlad Plahotniuc announced that half of government members had been changed and the new composition of the Cabinet of Ministers was a technocrat.

According to the Prime Minister, the results achieved by the Government so far are due to the majority coalition.

"I want to emphasize I and the Government have mostly received the support from the majority coalition. The success was not enabled without this strong support", said Pavel Filip.

According to the Head of the Executive, "changes are made when you're going to get even better results."

"The results are natural, we started with a very important reform: the government reform, after which we reintegrated it. It was not an easy process, the next step was the appointment of state secretaries, made in an objective and transparent manner in which they we have chosen professional people for each field. This process is part of a concept called the Government's total depoliticization.

At the last stage, practically all ministers are outside political formations. I want to thank the Government coalition for taking an important step that must be highlighted, "said Premier Pavel Filip.

Pavel Filip said that "the Government has a very serious reform agenda in its governance program, and this reshuffle will allow the government to continue its activity without being affected by the electorate."

The prime minister thanked his colleagues with whom he started his mandate and said that together they succeeded in removing the Republic of Moldova from the crisis, stabilizing the economic and political situation and even economic growth.

"In this period, we managed not only the talk with external partners, but also to get fund. I'm sure that in the next period we will show good results for this government to be closer to the citizens, "said Premier Pavel Filip.

PUBLIKA reminds that President of PDM, Vlad Plahotniuc, has announced along with Prime Minister of Republic of Moldova that by the middle of December the activity of Ministers will be analyzed, taking into consideration that a Government reshuffle is expected for that period. The main criteria during this evaluation is the way each representative from PDM or a Party delegation in various state institutions have managed to synchronize their everyday work with the grave issues the citizens complained about.

Chancing the members of Filip's Government is the final step in the Governmental reform, which begun in summer