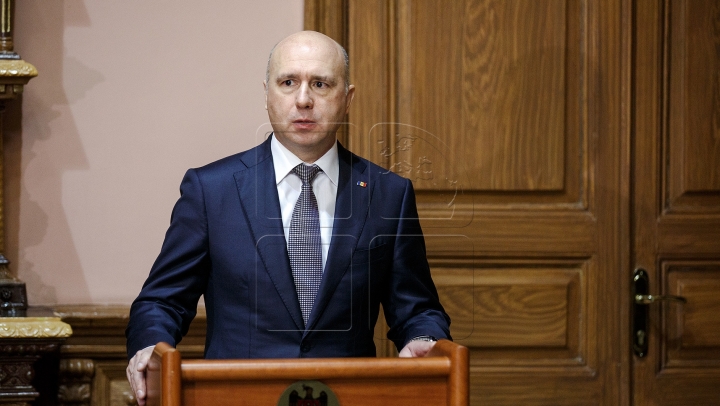 Moldova reached a staff-level agreement with the International Monetary Fund following months of negotiations as the former Soviet republic looks to stabilize its economy after $1 billion was stolen from its banking system last year, Prime Minister Pavel Filip said.

Europe’s poorest country, left on the verge of bankruptcy by the fraud, pledged to continue reforms, such as strengthening the financial industry and the central bank, improving the judiciary and fighting corruption, Filip said in an interview.

The IMF and Moldova clinched a preliminary accord for a loan of about $179 million, according to a statement published on the lender’s website late on Tuesday. The deal must be approved by the IMF’s board later this year.

“We’re now a real construction site in terms of reforms and we’re determined to continue, not for the IMF or for someone else, but for us,” Filip said by phone on Tuesday.

“We’ll have several conditions to fulfill before the IMF board meets in the autumn, but the country is in a much better position to secure its macroeconomic stability and stick to the budget targets.”

Moldova, which has cemented ties with the European Union at the expense of Russia, was plunged into crisis over the theft from three of its biggest banks of a sum equivalent to an eighth of economic output.

The IMF deal is key to unlocking the first tranche of a 150 million-euro ($165 million) loan from Romania and other EU and World Bank funding, Filip said.

Under the guidance of international lenders, the government plans to sell stakes in state-owned energy and telecommunications companies in the autumn to boost transparency and attract foreign investors, according to Filip.

Moldova is struggling to recover the stolen money. While it has “very good cooperation” with nations through which the funds passed -- including Latvia and the U.S. -- only about 700 million lei ($35 million) has been returned so far, according to Filip.

“It’s a small amount,” said Filip, whose government is awaiting a new report on the fraud from corporate-investigation firm Kroll. “A key part of the IMF talks is for us to strengthen
the central bank so such events don’t happen in the future.”