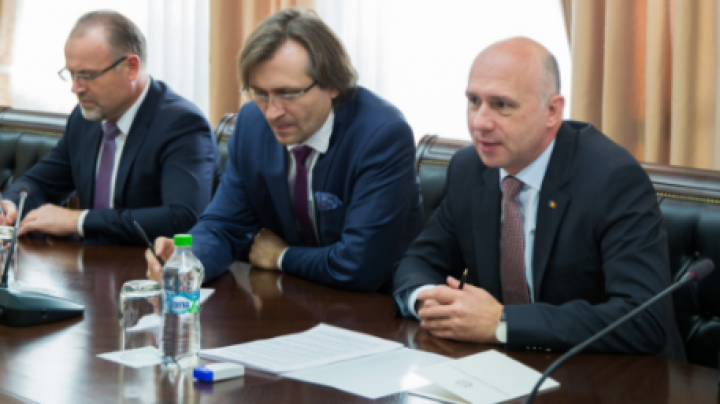 The Prime Minister Pavel Filip met with the delegation of the Parliamentary Assembly of the Council of Europe (PACE), led by Elisabeth Schneider-Schneiter. European officials came to Moldova to monitor the work of preparing for the elections of October 30th.

The prime minister thanked the experts for the visit in Moldova and for your interest in the electoral process in our country, noting that the direct election of the President will held after a gap of 20 years, during which the President was elected by Parliament.

"In my capacity as Prime Minister are most interested that these elections are fair and transparent, and the claims that elections could be rigged are groundless" , said Pavel Filip.

Meanwhile, the head of the Cabinet of Ministers informed the PACE delegation about the functioning of the State Register of Population and how data connection system developed by the Central Election Commission.

"I am sure that the elections in Moldova, given the system that we have,  can not be rigged, and for society to be convinced of this, to be accredited to several international observers. From a technical standpoint, everything is ensured" , said Filip.

Parliamentary Assembly of Council of Europe was concerned about the opening of polling stations abroad, as well as the opportunity for students to vote in the city where they study. In this context, Pavel Filip said that the 100 polling stations outside Moldova were opened according to the statistical data and requests received from the diaspora.

However, citizens who want to exercise their right to vote in another place than where they have their home can register beforehand at the town hall where they want to vote, to be included in the supplementary voter lists.

Officials have also exchanged views on the implementation of the Moldova-EU Association Agreement, trade and economic relations between Moldova and external partners, the Transnistrian conflict settlement, as well as the government program to combat corruption.