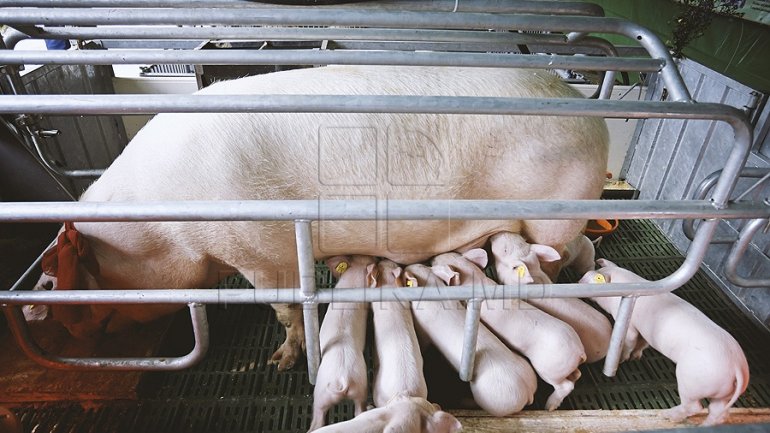 The swine fever hazard is bigger in the south of the country than in other areas.

The pig farms there are closer to Ukraine, where over 100 hotbeds are recorded.

However, the Moldovan farm managers do their best and undertake maximum safety measures to prevent the virus spreading.

There are over 700,000 pigs in Moldova. The National Food Safety Agency (ANSA) says it keeps on checking the farms for the coming two months.

"After 60 days we’ll be able to lift the restrictions in the hotbed and pigs will be able to be grown there anew. Thus, Moldova could become again free of swine fever. Provided we don’t bring this virus from abroad," said ANSA manager Gheorghe Gaberi.

Later in September, four pigs in the northern district of Dondușeni died from African swine fever.

The pork imports are banned.