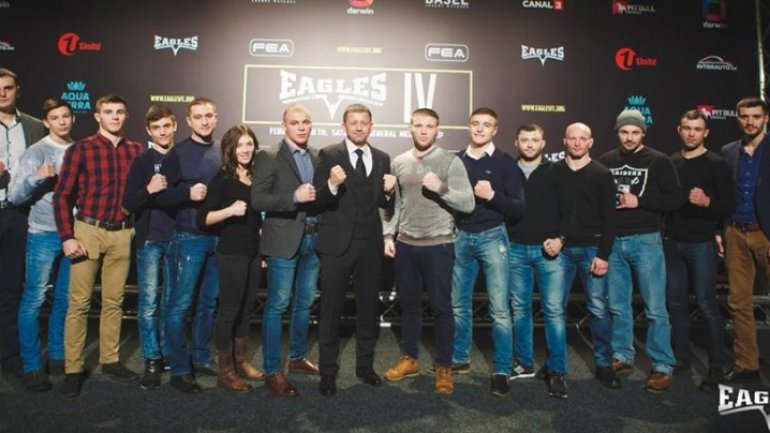 The fighters are ready for the show in the fourth edition of MMA Eagles Fighting Championship from Chişinău. Today the sportspeople were officially weighed and exchanged tough words.

The most expected fight of the Saturday’s event is the one between Sergiu Barbăroşă and Vasile Botnaru. They will fight for the champion belt in the 77-kg category, the Eagles Fighting Championship version. They even started to fight at the news conference.

12 cage fights will take place in the tournament.

"It will be a fantastic show. As a rule we bring very good sportspeople, valuable fighters at our tournaments," said FEA president Dorin Damir.

In November 2016, the Moldovan Grigore Panfilii became the first sportsman to win the world champion belt, the Eagles version.