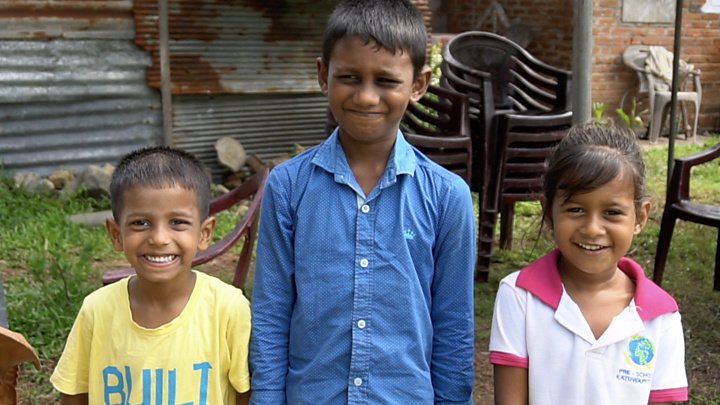 Fifteen people including six children were killed in Sri Lanka on Friday when suspected Islamist militants blew themselves up in a raid, police said.

The raid occurred in Sainthamaruthu, near the hometown of the suspected ringleader of the Easter Sunday attacks that killed at least 250 people.

Three men set off explosives, they added, killing the children and three women. Three others died in gunfire, writes BBC.

One civilian was caught in the crossfire and died, according to police, while a wounded woman and child were taken to hospital.

Footage shown on state television showed charred bodies inside the house, one cradling a rifle. Explosives, a generator, a drone, and batteries were also visible.

Around the same time, security forces raided another building in a nearby town where they said they found explosives and a drone.

Some 600 Muslims fled the area as the raid unfolded and took shelter in a school, residents said.

Sri Lanka has been on high alert since a co-ordinated wave of bombings last Sunday, which also wounded more than 500 people.

The bombings targeted churches that were packed full for the Easter holiday, as well as hotels popular with tourists.

Sri Lankan authorities blamed a local Islamist extremist group, National Tawheed Jamath, for the attacks, although the Islamic State group (IS) has also claimed it played a role.

Security forces have carried out raids across the country since the attacks, but officials say there are dozens of IS sympathisers still at large in the country.

Police said the raid on Friday followed a tip-off about a location in a Muslim majority town of Ampara Sainthamaruthu, near Batticaloa.

The area is not far from the hometown of radical preacher Zahran Hashim, the suspected ringleader of the attacks, who is said to have died in one of the bombings on Sunday.

In another raid in the same town, IS flags, 150 sticks of gelignite explosive, thousands of steel pellets and a drone camera were found, a military spokesman said.

According to local media reports, 10 arrests were made across the country on Friday, bringing the total number detained since last Sunday to 80.

President Maithripala Sirisena has told reporters that intelligence services believed about 130 suspects linked to IS were in the country and that police were hunting 70 still at large.

The manager of one of the Colombo hotels targeted by a suicide bomber last Sunday described to the BBC the moments leading up to the attack.

Rohan Karr said the suspected bomber checked into the Cinnamon Grand hotel the evening before, was served a welcome drink and then went up to his room.

"We never thought this was the man who [was] going to kill us.

"He sat, he ate, he waited for people to gather towards the buffet. When he saw a bigger crowd that was the time he decided, this is the time for me to create maximum damage."

The Catholic Church in Sri Lanka has cancelled all Sunday Masses until further notice. Archbishop of Colombo Malcolm Ranjith said he had seen a leaked security document warning of further attacks.

Cardinal Ranjith said that the Church had not been told about intelligence warnings of possible attacks. "We didn't know anything. It came as a thunderbolt for us," he told reporters.

Asked about the warnings, he said: "I felt betrayed a little bit. I felt sad. It's a very serious lapse on the part of the security agencies that they didn't tell us about it."

He said the church would halt all services until further notice, and urged parishioners to instead "stay indoors and do their prayers".

Security was stepped up around mosques for Friday prayers, while some Muslims stayed away, fearing revenge attacks.