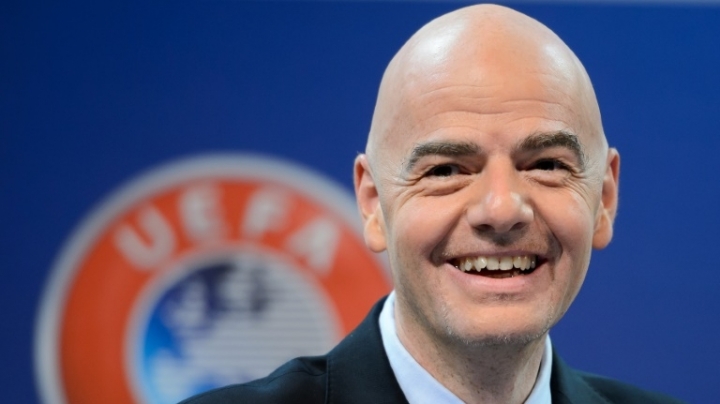 As though the World Cup isn't hard enough to win, FIFA president Gianni Infantino is looking to add another 16 teams to the competition, reports CNN.

The proposal would see a play-off round added prior to the group stages, with the 16 defeated nations going home after playing just one match.

From then on, the remaining 32 teams would progress through the tournament as usual.

"The idea is that 16 teams would qualify directly to the group stage and the other 32 would play in a preliminary phase, in the country where the World Cup is being played," Infantino told reporters at an event in Bogota, Colombia.

"They would play for the remaining 16 places. It means we continue with a normal World Cup for 32 teams, but 48 teams go to the party."

One of Infantino's proposals in his presidential manifesto was to increase the number of teams competing in World Cups to 40 after Qatar 2020.

A decision is set to be made on the plans at the FIFA Council Meeting in January 2017.

"These are ideas to find the best solution. We will debate them this month and we will decide everything by 2017," Infantino continued. "They are ideas which we put forward to see which one is the best.

"FIFA's idea is to develop football in the whole world, and the World Cup is the biggest event there is," he said. "It's more than a competition, it's a social event."

However, Infantino's expansion plans have been met with criticism and opposition from high-profile names in the sport.

"I absolutely understand for the smaller nations who, thanks to this, could take their place on the big stage," he said.

"We have to be aware that in the long run the quality will suffer. We should not overdo it. I don't think it's a good idea to dilute the sporting value."
AFLĂ imediat Știrile Publika.MD. Intră pe Telegram