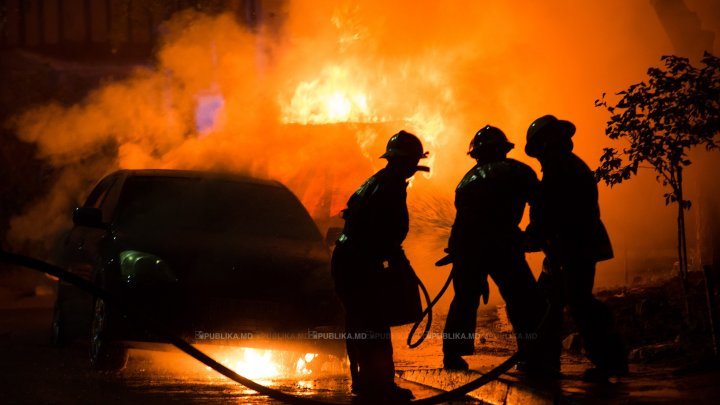 A fierce fire has caused a family with three children in Leuşeni village, Hânceşti district homeless. They are living temporarily in a local school dormitory but should look for a new house next month.

On the day of incident, Lăcrimioara, a school cleaner, was at work and her husband was in the neighbor village. Their children, who stayed home at that time, fortunately, remain safe after the incident. The oldest child alerted the neighbors once he noticed the dense smoke.

"We were outside, waiting for our father. Then I saw smoke off the bridge", said Gheorghe Bugeac.

But it was impossible to save the house. Firefighters say the flames were very strong.

To provide them with a temporary solution, the local government hosted the family in the village gymnasium. However, they still need to have their own house. Day and night both spouses and their three children have only one dream.