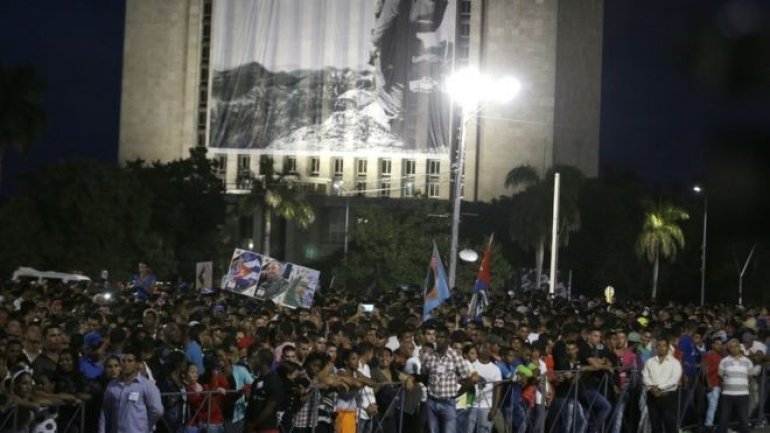 The gathering began with the national anthem and ended with a tribute from Castro's brother Raul.

It was attended by a number of world leaders - but some countries sent lower-level officials.

Fidel Castro, who came to power in 1959, died on Friday, aged 90. His ashes will be taken to the eastern city of Santiago later on Wednesday.

Opinion on Fidel Castro, who ruled Cuba as a one-party state for almost half a century, remains divided.

Supporters say he returned Cuba to the people and praise him for some of his social programmes, such as public health and education.

But critics call him a dictator, who led a government that did not tolerate opposition and dissent.

This division led to some countries. such as the US, sending lower-ranking emissaries. However, allies including left-wing Latin American leaders were among those attending the ceremony in Revolution

Square, where Cubans once gathered to listen to Fidel Castro's fiery speeches.