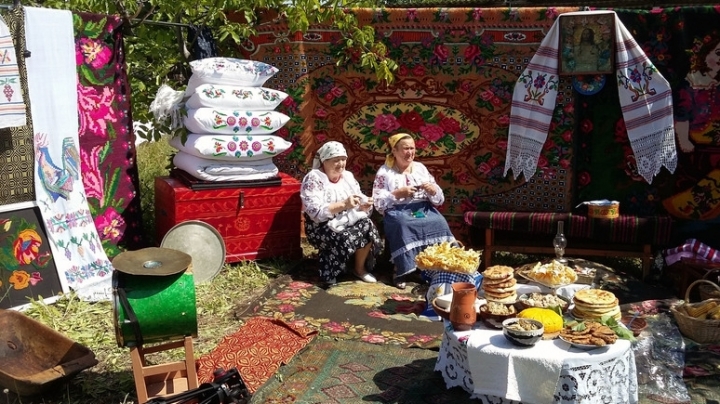 The old tradition – the traditional gathering, has come alive yesterday in Clisova Noua village, Orhei district, were the Festival of Carpets was organized.

Approximately 20 artisans from the whole country brought true works of art, some of them hundreds of years old. These carpets and the jewelry exhibited have attracted people.

The social event was attended by people of all ages. While the men were singing, women were weaving and attracting visitors with wine and traditional food.

In other corner was improvised casa mare – the biggest and most beautiful room in the traditional house.

Three older women have reminisced the times when they weaved since early morning until evening.

Other artisans have shown things inherited from great grandparents.

The event, supported by the Ministry of Culture, has reached the third edition.