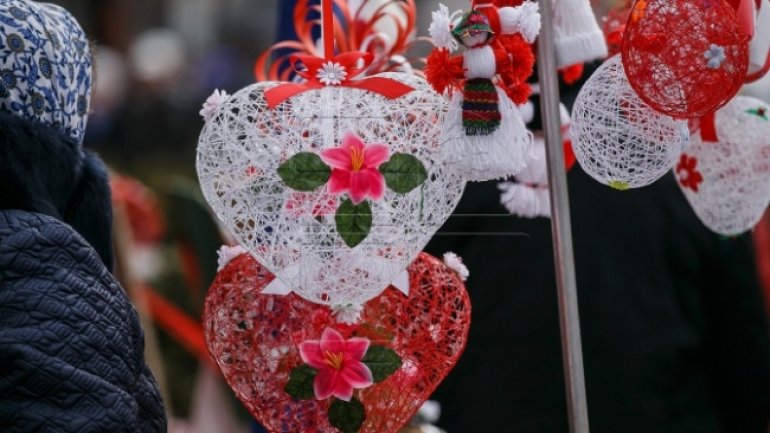 The festival Martisor welcomes spring in Chisinau on the musical rhythms. The event has been inaugurated with a concert initiated in the evening, organized at the National Palace "Nicolae Sulac". The 51st edition will bring on the country’s scenes well-known artists from Moldova, as well as from abroad.

Among the artists invited to take part at the concert, there were present the popular singers from Moldova like: Zinaida Julea, Adrian Ursu, Nelly Ciobanu, the band Akord and the lead singer of the Bolșoi Theater from Moscow, Andrei Jilihovschi.

During the event, the famous magister Eugen Doga celebrated his anniversary. Yesterday he turned 80 years old.

Also the minister of Culture, Monica Babuc was one of the guests at the concert:

„No matter how strong and long could be the winter, the spring always wins and spread its love. Same way we will overcome all the struggles and difficulties.”

The spectators left the concert enthusiastic and a bit nostalgic.

„I was overwhelmed by emotions while listening to the song Spring by the band Noroc. I remember it from the childhood and we expect to be part to an amazing concert, during which the band Noroc will present its own show.

„We would wish that each year such beautiful events to be organized.”

„Martisor is a national tradition and we enjoy it every time it is held in our country. Martisor is part of our culture.”

Yesterday, the orchestra „The Virtuoses of Moscow” performed on the scene of National Palace "Nicolae Sulac" in the framework of the international festival „Martisor”. Also, a symphonic concert with tenors from Italy was held at the National Philharmonic  "Serghei Lunchevici".