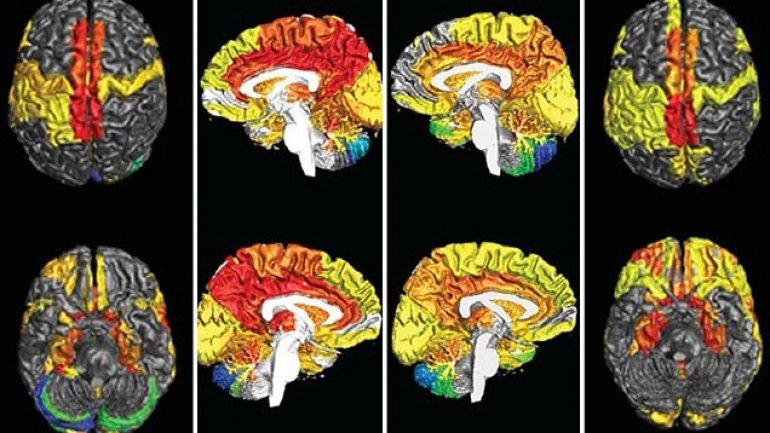 It's a popular stereotype: women overthink things more than men.

Now the biggest brain imaging survey ever conducted has found evidence to support that theory.

Analyzing data from more than 45,000 studies, researchers at Amen Clinics in California concluded that women's brains are significantly more active than men's.

Blood flow was much higher in many parts of women's brains as compared to men's, increasing their ability to focus and empathize but also their vulnerability to feel anxious.

While the finding may settle a few couple's arguments, scientists say it also offers crucial insight into why certain brain disorders are more common in women - such as Alzheimer's - and others in men - such as ADHD

Women's brains were found to be significantly more active than those of men, particularly in two regions - the prefrontal cortex, associated with focus and impulse control, and the limbic system, which is associated with mood and anxiety.

There were some parts of the brain that were more active in men, specifically the visual and coordination centers of the brain.

These findings might explain why women tend to exhibit greater strengths in the areas of empathy, intuition, collaboration, self-control and appropriate concern.

They could also account for increased vulnerability in women to anxiety, depression, insomnia and eating disorders.