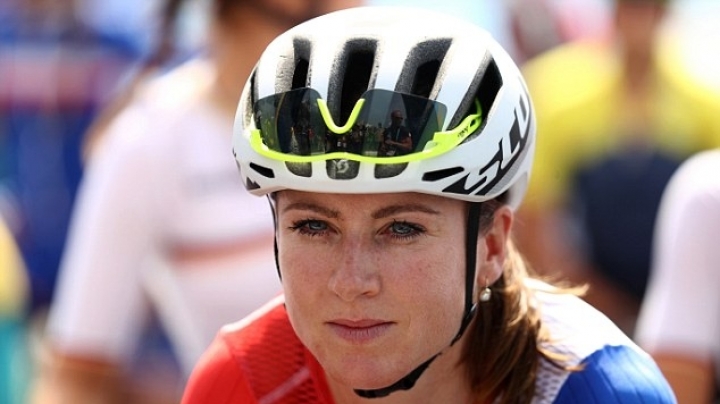 She had fought herself into the lead and no one stood between Dutch rider Annemiek van Vleuten and the finishing line of the Women's Road Race.

With less than six miles from victory, her gold medal dreams came to a crashing end when she suffered a dramatic accident and hurtled down the final hill stage of the 87-mile race, reports Daily Mail.

With her wheels locking on the wet road surface, she crashed into the stone curb and went over her handle bars into the dense foliage.

Spectators watching at Copacabana beach issued a huge gasp as she lay motionless on the ground. Seconds later, her rival Mara Abbott of Team USA sailed past into the lead.

Van Vleuten was rushed to the hospital where she was diagnosed with a severe concussion and small fractures on her lower spine.

The Dutch Cycling Federation confirmed she was 'conscious', talking and that she looks 'bright', but must remain in intensive care for at least 24 hours.

The race was eventually won by her Dutch teammate Anna van der Breggen, who beat out Abbott in the homestretch.

Van der Breggen and Abbott were neck and neck with about nine miles left to go, but van Vleuten broke away and took the lead.

She sped down the Vista Chinesa descent along a turn, skidding off the road before she flipped over into a ditch.

Abbott sped past van Vleuten's motionless body, where a medic could be seen standing over her, but the American lost steam in the final sprint and came in a disappointing fourth.

Cyclist Chris Boardman, serving as a commentator for BBC, later said he was 'past commenting' because he was angry about how dangerous the course was.