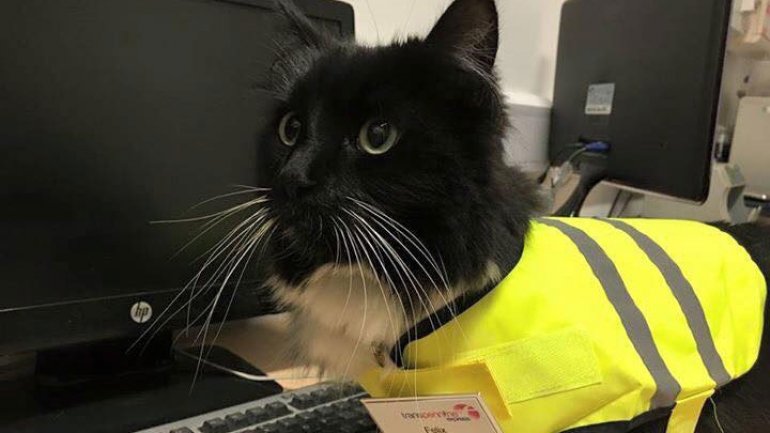 A station cat in Huddersfield has been rewarded for her years of mouse-catching services by being handed a well-deserved promotion, Independent reports.

Felix, a black and white cat loved by station staff and commuters alike has been named Senior Pest Controller at the West Yorkshire station.

Felix has been diligently patrolling the station’s platforms for five years and the promotion has seen the feline receive a new high-vis jacket and a name badge on behalf of the Transpennine Express rail network.

The cat first joined staff at Huddersfield station when she was nine weeks old but has become such a part of the team that she even has her own cat flap built into one of the barriers, allowing her free roam to carry out her duties.

Felix already has a substantial following online with more than 17,000 likes on her personal Facebook page, which keeps fans up to date with her activities.

One of Felix’s colleagues told Buzfeed that despite Felix’s following, fame has not gone to her head. “As with most cats, they already think the world revolves around them,” adding that she is getting more treats and attention from the promotion, which means “she’s very happy”.