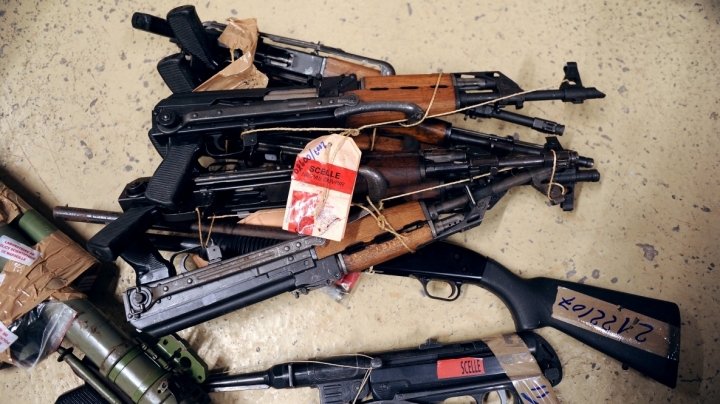 Awash with arms and facing a breakdown in law and order, war-torn eastern Ukraine has all the elements required to become a major illicit international weapons market.

Long a nexus in the global arms trade, Ukraine is already witnessing a boom in black-market sales of arms seeping out of the conflict zone, fueling what authorities say is a wave of violent crime in the country.

"Everyone knows about the weapons market in eastern Ukraine, it's no secret," Myroslav Hay, a former Ukrainian volunteer who fought in the east. Speaking to RFE/RL's Ukrainian Service recently, he described an enormous illegal-arms trade, with weapons and ammunition changing hands in some cases for merely a few bottles of alcohol.

For now, most of the illicit weapons trade appears to be isolated inside Ukraine, but there are worrying signs that could soon change.