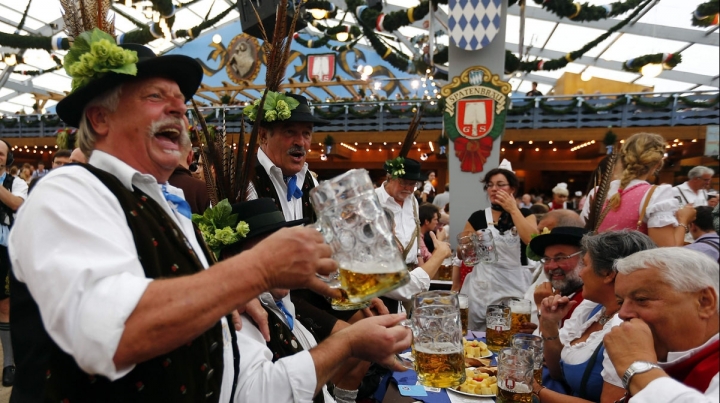 Authorities in Munich have ramped up security for this year's Oktoberfest. This year a security barricade will encircle the venue, surveillance cameras have been installed and large backpacks banned from the tented area.

Hoteliers are reporting fewer reservations, there are less tables being booked and authorities in the Bavarian city are increasing security precautions as one of the world's premier beer festivals opens Saturday in Munich.

Fears of an attack may be causing people to avoid dense crowds that would be a soft target for a militant attack. That's despite no credible threats reported, officials say.
"We are looking forward to a wonderful and peaceful festival," Oktoberfest's chief organizer Josef Schmid told the DPA news agency.

Security will be a top concern, but the city of Munich is not going to let its festival be ruined, Schmid, a deputy mayor of Munich added.

"For us, the festival of 2016 is exactly the same as in 2015" which had no serious incidents, Munich's police chief Hubertus Andrä told DPA.

Parade organizer Karl-Heinz Knoll echoed that sentiment: "If we give in to the fears, then it will become impossible to carry out large public events in the future," he said.

Even so, the hospitality industry says bookings have slackened which has the industry worried. Martin Stürzer, deputy head of the Munich Hotel and Restaurants Association, says bookings are down 10 to 15 percent from last year for an event that usually draws upwards of 6 million visitors to the city.