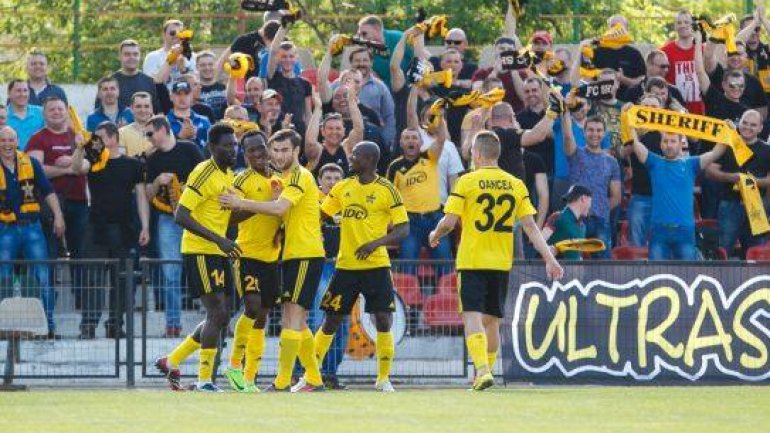 FC Sheriff Tiraspol is surely going toward it's 16th time being Republic of Moldova's champion. "Viespile" have taken advantage of FC Milsami Orhei defeat by Petrocub's team and advanced to the next stage.

FC Sheriff Tiraspol won against FC Dinamo-Auto with 4 - 0 in the last match of the 14th National Division.

Vitalie Damaşcan has scored only 2 minutes into the game, while Benjamin Balima at the 53rd minute. The third goal also belonged to Damaşcan, at the 68th minute. The final score belonged to Ziguy Badibanga, in the 87th minute from 11 meter distance.

FC Dacia Chișinău is on 3rd place, having 6 less points than Orhei's team.