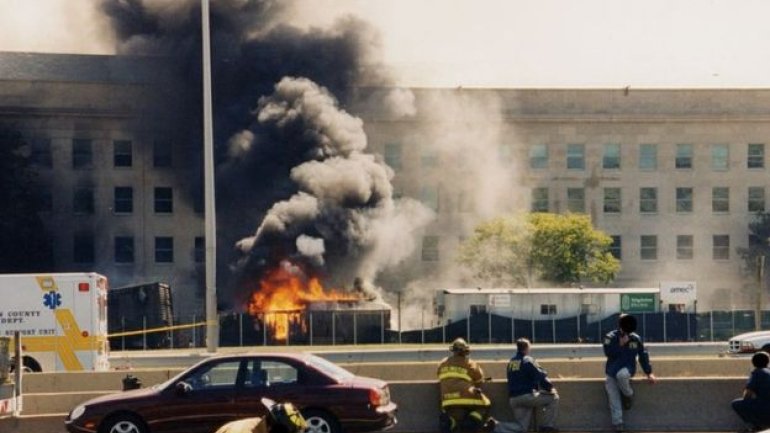 Photos taken after the attack on the Pentagon on 11 September 2001 have reappeared on the FBI's website six years after they were first released, BBC reports.

The 27 images show fire crews battling the blaze, as well as recovery teams and investigators searching the rubble.

American Airlines Flight 77, travelling from Virginia to LA, slammed into the building at around 09:37 local time.

US authorities said the plane struck between the first and second floors of the Pentagon, killing 184 people.

It was previously thought that the images had been newly released because of the fresh date stamp.

But FBI spokeswoman Jillian Stickels said the pictures were first posted online in 2011.