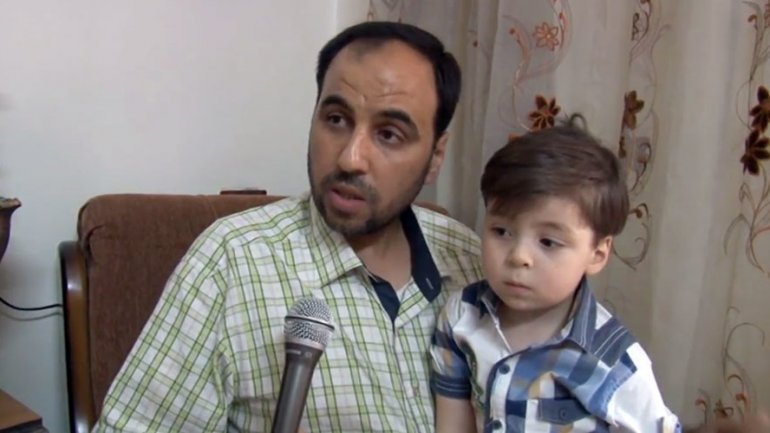 The Syrian boy, whose traumatized face covered in blood and dust flashed across media screens and prompted global outrage, was filmed and exploited purely “for the sake of propaganda,” the boy’s father who now lives in liberated Aleppo told RT’s Ruptly.

Omran Daqneesh was rescued from the rubble in the aftermath of a bombing in the rebel-held Qaterji district of Aleppo in August 2016. The controversial Syrian Civil Defense group, better known as the White Helmets soon released harrowing footage of Omran sitting in an ambulance chair.

The White Helmets group has a controversial reputation. While they are hailed as hero volunteers by the Western mainstream media, and even have an Academy Award-winning documentary about them, their reputation on the ground in Syria is much more sinister.

Witnesses accuse them of collaborating with terrorist groups, filming staged reports about their rescue work, engaging in looting and other misdeeds. Members of the group have been caught on camera several times performing dubious acts, including assisting an apparent execution of a prisoner.

The photo quickly spread across the internet, shocking and disturbing social media users.