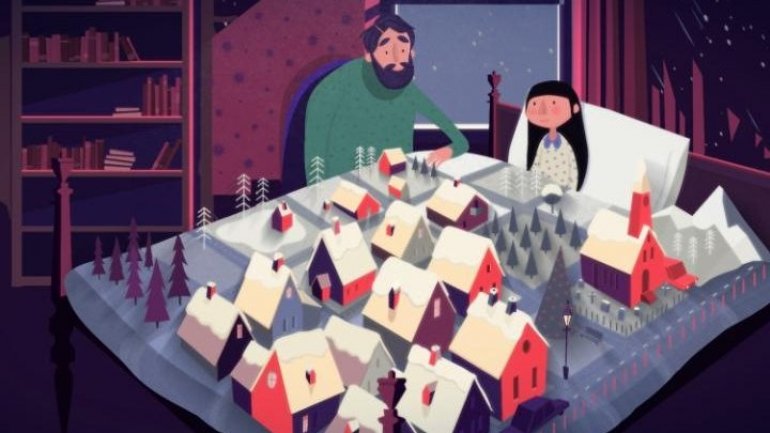 If you were left feeling gloomy by last year’s John Lewis Christmas advertisement - which featured a lonely old man on the moon - then you might want to look away now, Telegraph informs.

Alzheimers Research UK is launching one of its most hard-hitting advertisements ever, in which Father Christmas develops dementia and can no longer deliver presents.

Although the advertisement is a cartoon, made by Aardman, the Wallace and Gromit animators, it is being shown after the 9pm watershed as it is feared it will upset children.

The advertisement centres on a young girl called Freya who has grown-up in a world where Father Christmas has stopped visiting youngsters on Christmas Eve because he is suffering from the effects of dementia.

Freya journeys to the North Pole to find a despondent Father Christmas staring blankly into the fire, his bright red suit turned to grey after forgetting which gift should go to which child.

But she remobilises the redundant elves as scientists, telling them ‘if Santa has a disease, research can find a way to fix it’.

“Santa is an important cultural figure, but the idea that he too could be affected drives home the point that dementia can strike those most special in our lives,” said Hilary Evans, the chief executive of Alzheimer’s Research UK.

More than 850,000 people in the UK have dementia, and the condition has an economic impact in the UK of over £24bn a year, more than cancer and heart disease combined. As of this week, it is also now the leading cause of death in Britain.