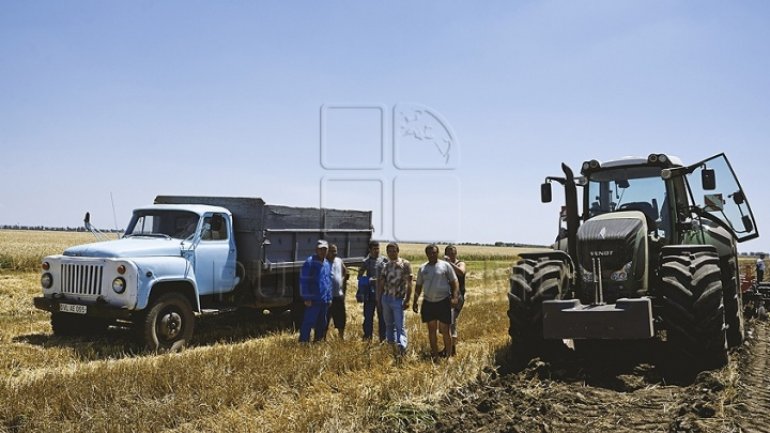 Farmers from Dubăsari region will receive compensations, because they couldn't work the fields. The Government will also offer money to reimburse homes from that region. The declaration was made today by the Reintegration Bureau. They also said that by the end of the year technical details will be drawn for those farmers to take back ownership over the lands.

Petru Nircă from Cocieri village is the administrator of the biggest farm from Dubăsari. After the Tiraspol-Camenca road opened he owned thousands of hectares of lands. Due to Tiraspol's restrictions, the institutions has grave financial problems.

"We have a debt of 300 thousand lei toward economic agents, toward founders and a big debt we couldn't pay off from the equipment acquired back in 2006, 4-5 million lei from our income was lost" Petru Nircă said.

Despite having a lot of work to do, the farmers claims that more jobs will be open.

"We are both happy and sad. The happiness is the village and responsible people who solved the issue from the start, but what can we do to avoid hitting a dead end? We must think how to start using that thousand of hectare again" Petru Nircă explained.

For three years the number of our employees lessen by a third. Those who remained said that they went through a real challenge.

"We are emotional and have big hopes that we will manage, because it is very hard. Others will be employed and we hope the salaries will raise" employee Sergiu Bondarenco said.

"We took a credit and now to give it back, both me and my wife are working, yet we cannot pay it off, if the salary here would have been good, everyone would come to work" Alexandru Sandu said.

The agriculture equipment is stored for over 3 years. Now, it will finally see the daylight and the fields. To work the land, farmers will have to simply make a temporary registration de facto in Dubăsari.

According to the Reintegration Bureau representatives, the calculations to compensate farmers have already been made.

"We pay the land's owners. For eight economic agents from the region will be given 7.9 million lei and then, later, 1.4 more" chief of the Reintegration Policy Section Vasile Magu declared.

After the Tiraspol-Camenca road was opened, over six thousand farmers from Transnistria receives taxes to rent their lands. According to the protocol signed on 25 November, Tiraspol will cease this pressure.