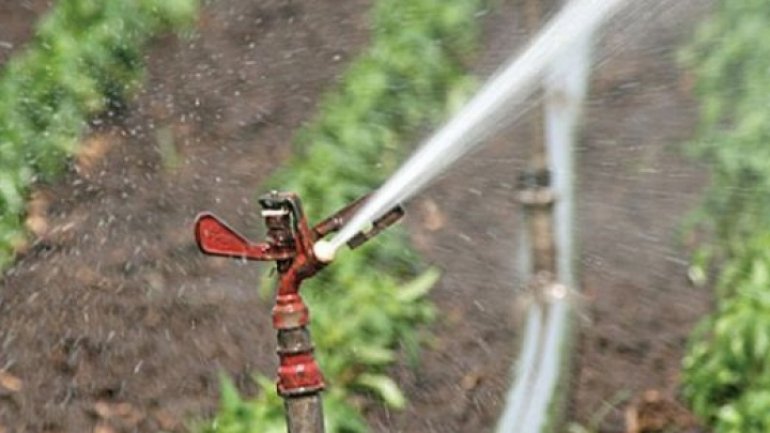 Several Moldovan farmers complain that they cannot use groundwater for irrigation, although the law was adopted three years ago.

It happens because regulation is still in the drawers of the Environment Ministry.

Farmer Pavel Matraguna holds 11 hectares of apple orchard in Orhei district. The man says he faces the drought every year, but he cannot irritate the plantation, as it is forbidden to use the underground waters.

"Drought affects us a lot and for this reason we can not get a good quality of fruit to compete on the market. If without irrigation we get an average of 22-25 tons per hectare, then with irrigation we could get a minimum of 40 of tons. "

The producer intended to expand its plantation and purchased another 10 hectares of land near the orchard, but he has to give up due to the lack of water.

The topic was discussed today at the Parliamentary Agriculture Committee.

"It's not only desire of one individual but also requirement of all Moldovan farmers to have access to water for irrigation. We need to implement this regulation as soon as possible"said Ion Balan, president of the Agriculture Commission.

According to current representatives of the Ministry of Environment, irrigation with groundwater could only be allowed after a study has been developed. It is to assess the impact on nature and, in particular, water reserves.

Meanwhile, some independent experts have made a preliminary study demonstrating that Moldova has the necessary quantities of groundwater for irrigation of agricultural crops.

"Today we have about 1.1-1.2 billion cubic meters of groundwater. We are holding back agriculture, because we all understand that if we do not use groundwater today, we can not grow apples or greenhouses in the center of Moldova", he said Valeriu Catrinescu, director of the Acvaproiect Institute.

The topic will be discussed next week with leaders of the Ministry of Agriculture, Regional Development and Environment.