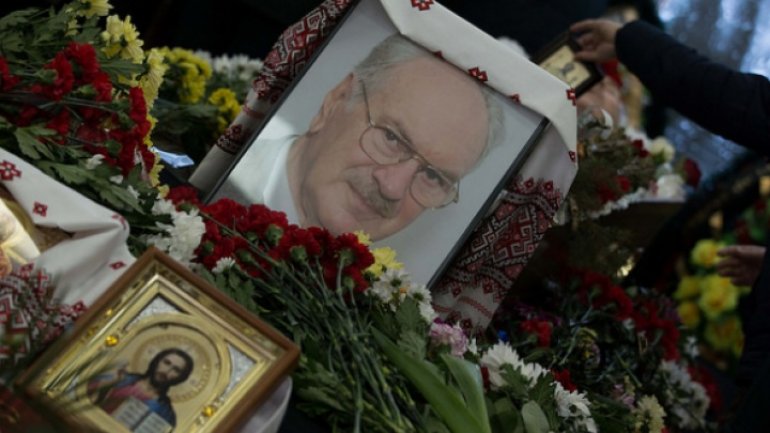 Officials, colleagues and admirers have come today to say farewell to the Moldovan artist ion Ungureanu. He is buried with military honors.

"You know I made the due request. I don’t know what the motive was, but as a mourning is not there due to a presidential decree, but in virtue of the people’s will. Everybody decries this loss, the master’s passing away," Prime Minister Pavel Filip said.

"As the late master Ungureanu said: I urge you, I urge me: let’s leave a name behind us. He has certainly has left a name in history, culture, art, cinema and politics," said Parliament speaker Andrian Candu.

Culture Minister Monica Babuc has said it is an irrecoverable loss for the national culture: "His disciples are there to remain as are his works, movies, plays, books he wrote and this makes us hope I do have what to learn from.”

The actor and academician passed away last Saturday, at 81 years of age, in a hospital in Bucharest.