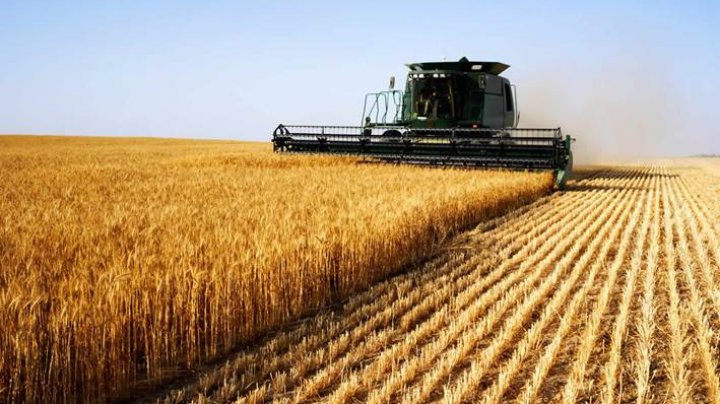 A survey of agricultural producers in Ukraine has revealed a low level of participation in state support programmes. The survey found that just 20.3 percent of small- and medium-sized agricultural enterprises, including farmers, applied for state support from 2000 to 2017.

FAO organized a roundtable here today to present and discuss the sociological research, which was carried out by Ukraine’s Social Monitoring Centre under an ongoing FAO project on technical assistance to the Ministry of Agrarian Policy and Food of Ukraine. Attendees discussed recommendations on developing various mechanisms of state support for Ukrainian agricultural producers based on the analysis of social polls and relevant EU experience in agricultural support.

In total, researchers interviewed 2 051 legal entities, including 1 607 specializing in crop production and 444 with a focus on animal husbandry. Additionally, the survey covered up to 600 households with no legal status but that are growing their products for sale.

“This is the first time that such an all-national survey on agricultural support programs, covering not only legalized producers but also a big number of rural households, has been held in Ukraine,” said Iryna Kobuta, the FAO economist who is coordinating the project. “Such a comprehensive approach allowed us to determine desirable areas of support and to recommend criteria for developing other programs for small agricultural producers, which in turn will bring positive input to the whole sector.”

Attending the meeting were representatives of the Ministry of Agrarian Policy and Food of Ukraine, various agribusiness associations, FAO and the Social Monitoring Centre.

More than a quarter (25.9 percent) of the representatives of small- and medium-sized agricultural enterprises, including farmers, said that they hadn’t heard about any state support program at all, while 59 percent were generally aware. Only 15.1 percent of the respondents were aware of government programs and had shown interest in at least some of them.

Awareness among rural households was even lower, as 61.2 percent of them had not heard of any state support programs.

Because so few agricultural entities applied for state support, researchers studied barriers to participation, discovering that almost half of respondents didn’t believe in the mechanism of state support and almost 45 percent felt that the lack of relevant information made their participation impossible.

Among the other issues studied by the survey were the level of effectiveness of current and previous state support programs, the level of respondents’ readiness to participate in such programs considering the types of their agricultural holdings, the size of land use, the number of employees and others, and respondents’ ranking of the most attractive state support programs.

The study, titled “Evaluation of the Instruments of the State Support for Agricultural Producers,“ revealed a high rate of success among submitted applications, evidence that additional information and consulting resources could increase the number of small- and medium-sized agricultural producers involved in state support programs. Options for this include advisory services, business associations, state banking structures, and technical suppliers.