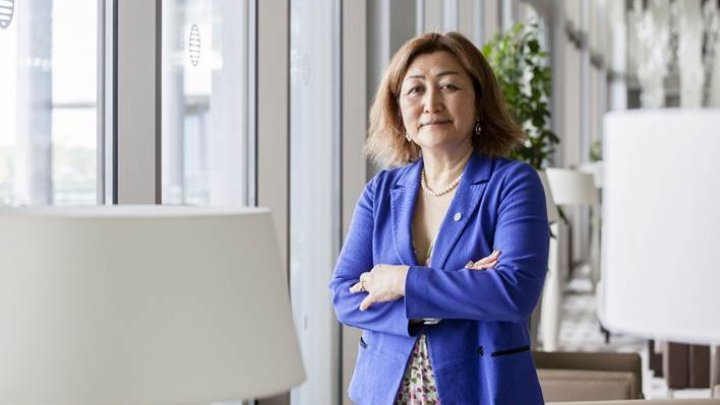 Shoji, a national of Japan, joined FAO in 2007 to head the technical cooperation unit in the field operations division at headquarters in Rome, Italy.

She has broad experience in the United Nations system, with both FAO and the United Nations Development Programme (UNDP). Most recently, she worked on the FAO-Turkey Partnership Programme, which provides assistance and expertise on food security and rural poverty reduction in Azerbaijan, Kazakhstan, Kyrgyzstan, Tajikistan, Turkey, Turkmenistan, and Uzbekistan. After playing an important role in the programme’s ratification in the Turkish Parliament, Shoji organized its launch event and set up its pipeline of projects. The successful programme began its second phase in 2015, and again Shoji was heavily involved.

Shoji also was an active participant in FAO’s Syrian Refugee Resilience Programme, which was billed by UNHCR, the UN refugee agency, as one of the best mid-size projects in 2017, leading immediately to a second phase.

“At the regional office, I look forward to learning about greater agriculture policy issues and member states’ interests and concerns,” Shoji said. “I also look forward to working with a diverse partner base, but a little part of me may continue representing Central Asia in this work, too.”

A number of important international events took place during Shoji’s time at the Subregional Office for Central Asia. The G20 Agricultural Ministers’ 2015 meeting in Istanbul featured FAO Director-General José Graziano da Silva as keynote speaker. At the UN Convention to Combat Desertification COP12 meeting in 2015, parties agreed to the Ankara Declaration on sustainable land management. In 2016, the first-ever World Humanitarian Summit took place in Istanbul, bringing together 9,000 participants in support of a new Agenda for Humanity.

Most importantly, it was during Shoji’s time at the Subregional Office that Turkey hosted the 30th session of the FAO Regional Conference for Europe, in Antalya.

Shoji holds a bachelor’s degree in Intercultural Communication from the International Christian University of Tokyo, Japan, and a Master of Professional Studies in Development Sociology from Cornell University in the United States.

In her free time, she enjoys painting and has been involved in many motivating art projects. A highlight was being invited to a residential artists’ colony with Kyrgyz artists, in a remote and idyllic area in the Muğla region of Turkey.

“When some visitors came, I had to pretend to be one of the artists hunched over my small sketch book,” Shoji said. “It was fun to find a painting from that week (which was not mine) displayed at a gallery in Bishkek later that year.”

As Deputy Regional Representative for Europe and Central Asia, Shoji will support the Assistant Director-General and Regional Representative in policy, managerial, and administrative responsibilities. She also will be responsible for managing FAO networks and overseeing the Secretariat preparations for the 31st session of FAO’s Regional Conference for Europe, which will be held from 16 to 18 May in Voronezh, Russian Federation.