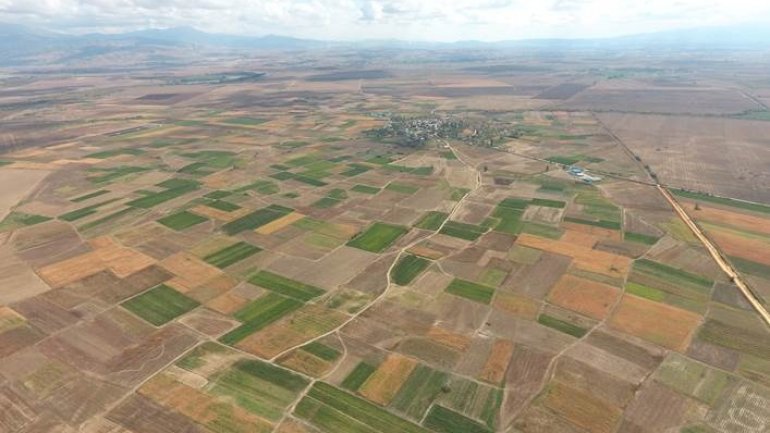 Raising awareness, understanding and interest in land consolidation is the objective of a nationwide campaign being conducted former Yugoslav Republic of Macedonia by FAO and the Ministry of Agriculture, Forestry and Water Economy.

Since the start of November, three public awareness workshops on land consolidation have been held, in the cities of Gostivar, Bitola and Strumica. All told, the workshops brought together about 300 farmers, agricultural landowners, representatives of local farmers’ organizations, villages and local self-governments, as well as other interested people and the media. A fourth and final regional workshop is planned for 14 November in the city of Stip.

These efforts fall under the European Union-financed “Mainstreaming of the National Land Consolidation Programme” – or MAINLAND – project, implemented by FAO to provide support to the Ministry of Agriculture, Forestry and Water Economy with the National Land Consolidation Strategy 2012-2020. The project’s overall goal is to mitigate agricultural land fragmentation and in so doing to increase the competitiveness of agricultural production, improve rural living conditions, and improve sustainability in the use of natural resources.

“It is a unique opportunity for you to become part of this project, to improve the territorial basis for your agricultural activities, and increase the productivity and competitiveness of your farms, while preserving the environment for the future generations.”

In recent months, FAO specialists trained key personnel in relevant departments and branch offices of the Ministry of Agriculture, Forestry and Water Economy, as well as National Extension Agency advisors, on how to identify and select areas most suitable for land consolidation. The trainees also learned how to work together with farmers and landowners on preparing their expressions of interest in land consolidation.

Ljupco Nikolovski, Minister of Agriculture, Forestry and Water Economy, gave the keynote address at the workshop in Strumica on 9 November. He emphasized that land consolidation was crucial for development of the domestic agricultural sector. The European Union, FAO and the Ministry were collaborating, he said, to support agricultural land consolidation in the country, to increase efficiency in agricultural production and improve living standards in rural communities.

After the regional workshops, the FAO project team, together with representatives of the Ministry and the National Extension Agency, will conduct local information meetings in targeted villages – to assist potential applicants in applying to be beneficiaries of land consolidation. It is expected that 12 project areas with the highest potential and levels of interest in land consolidation will be selected by end of December 2017.