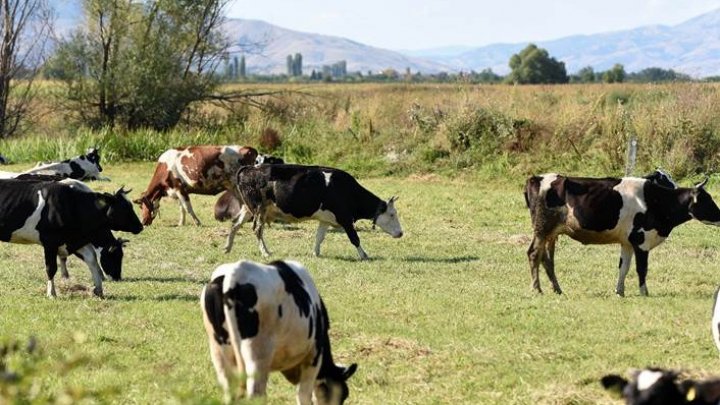 FAO’s lumpy skin disease (LSD) field manual for veterinarians is now available in six languages to aid in the prevention and control of the cattle disease that has established a large foothold in Europe since 2015. This complements well the recently concluded train-the-trainer session, covering also another ruminant disease, the bluetongue, in the former Yugoslav Republic of Macedonia.

Driven by climate warming, many exotic and native transboundary animal diseases are spreading at an unprecedented pace across continents and territories. The ability to cope with them affects the livelihoods of many livestock keepers – mainly family farmers who rely on the expertise of veterinarians.

Originating in Africa, lumpy skin disease has only a short history in Europe but has spread into the Balkans, the Caucasus, and the Russian Federation, and it is threatening to spread further east into Central Asia. Still, many field veterinarians are not familiar with the disease’s clinical presentation, transmission routes, and options for prevention and control. During an outbreak of the disease, a fast response is crucial.

Animal health professionals can access the practice-oriented manual at no-cost in Albanian, English, Macedonian, Russian, Serbian, and Turkish. Ukrainian and Romanian translations will be available soon. In addition, printed copies of the manual have been distributed among veterinary services in the Balkans and soon will be shipped to eight countries in Eastern Europe and Central Asia that are at risk for the disease.

“Lumpy skin disease can cause serious economic losses to farmers, especially in the case of smallholders who have a greater reliance on individual animals,” said FAO animal health officer Daniel Beltrán-Alcrudo. “Moreover, the disease has serious trade implications for exporting countries.”

Cattle with the disease grow nodules in their skin, which can make the marketing of their valuable leather impossible. Other effects of lumpy skin disease are decreases in milk production and fertility. The virus is transmitted primarily by biting insects.

In addition to lumpy skin disease, FAO also has been working to combat the bluetongue disease in the region. At the end of 2017, FAO ran a train-the-trainers programme in the former Yugoslav Republic of Macedonia, reaching out to official and private field veterinarians.

“Altogether, 281 veterinarians participated in the programme,” Beltrán-Alcrudo said. “They’ve learned about the main characteristics of both diseases, their presence in the region, ways to handle an outbreak, vaccination and reporting.”

FAO plans to continue with similar training, focusing on LSD in Belarus, Moldova, and Ukraine. Each of those countries is at high risk of infection.