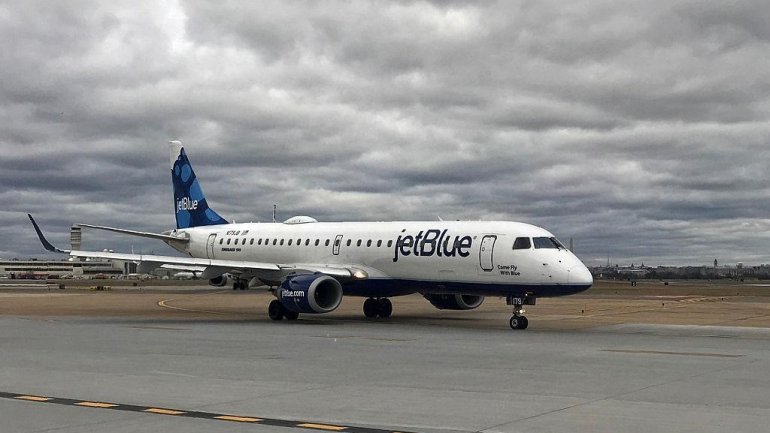 The airline says that the parents were threatening another passenger.

A family has accused US airline JetBlue of kicking them off a flight because of their toddler’s behaviour.

Parents Tamir Raanan and Mandy Ifrah from Brooklyn were travelling from Fort Lauderdale to New York JFK with their three children on 21 June when they were kicked off the flight.

Ifrah told that her one-year-old kicked the seat in front of them leading to an altercation while the plane was preparing to take off.

Ifrah claims the passenger in front told her to “hold your baby’s feet”, and that she apologised.

The passenger then moved to another seat, but the pilot turned the plane back to the gate, where the family was asked to leave.

But JetBlue told a different story, saying that the parents made “physical threats and profanities” to the other passenger before the decision was made to kick them off.

They are now considering a lawsuit against the airline for “defamation of character and infliction of emotional distress, their lawyer told the Post.