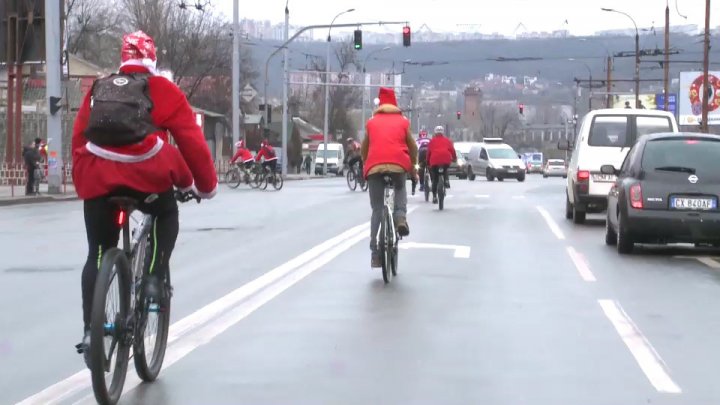 Santa Claus who is well known for riding sleighs surprisingly visited five families in Chisinau on ... bicycles! They are members of the Moldova Amateur Cyclists Club and decided to share gifts with those needy families to bring them the festive atmosphere.

This activity is part of the Santa Claus on Bicycle campaign which turns eight years old now.

In the Berjațchi family, an old woman lives with her daughter and two grandchildren on allowance not higher than 2000 lei. They were astonished to see Santa Clauses coming.

"It was a great surprise! My mother is sick, being in bed for two and a half years. We have to handle it somehow", said Maria Berjaţchi.

Prepared on money donated, the presents includes food, toys and candies for children.

"We would like to bring fervent hope to people, to encourage them. No matter how the conditions are outside, we love to ride bicycle and feel enjoyable", said a member of the club, Cristina Doibani.

The charity campaign Santa Claus on bicycle will end on January 19.