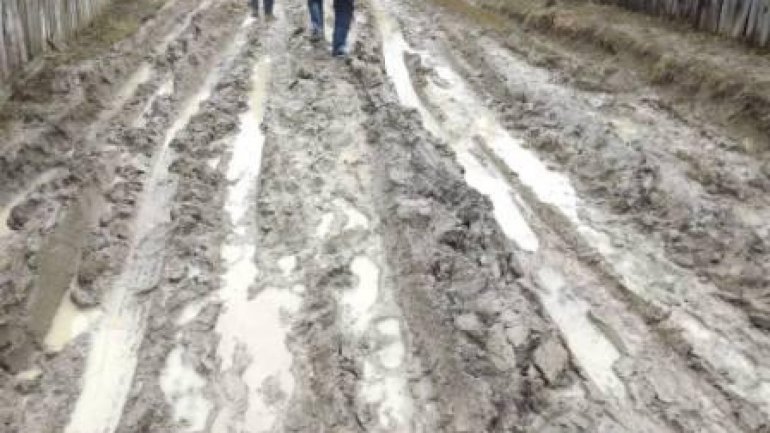 30 families from Ușurei village, Râșcani district, are stuck home every time it rains. A part of the 2 km road, which leads to an asphalted road from another district, is covered by mud and lacks street lights.

People claim that it is harder for children, who need to leave for school in morning:

"They leave the house clean, but return with muddy clothes. The child fell into a puddle, when going to school and came back home. He missed classes."

"I had to take out the car on Sunday, as it broke down. Who will pay for its repair? I pay all taxes. I have no idea to whom to address with this issue."

More grave is the fact that neither an ambulance, nor fire engine can reach them: "The ambulance can only reach the supermarket. We have to go on foot there, but if the person is on bed rest, it is impossible."

At night, everything becomes even worse:

"Yesterday I was walking with my seven months old in my arms and fell down. We both got bruised."

The village's Mayor promises for four years now that the problem will be solved.

"We planned for this for 2018, but as we still have money left, we will do half of the road this year. We could not repair it before, since we lacked money" mayor of Răcăria commune, Râșcani, Valentina Notoleşneac declared.