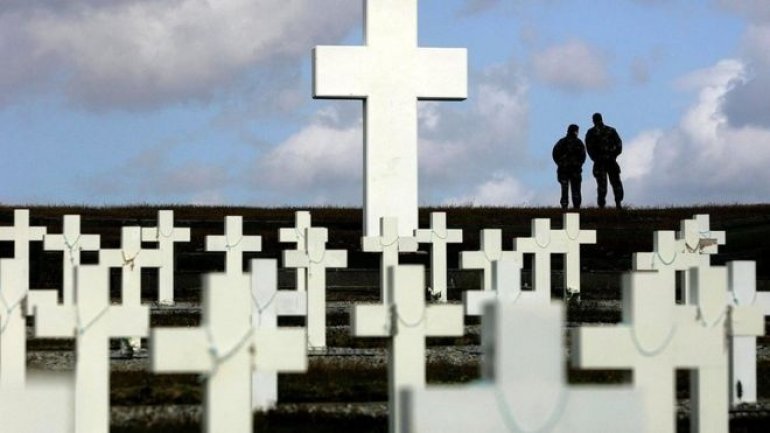 The UK and Argentina have signed a deal to identify 123 Argentine soldiers buried on the Falkland Islands, according to BBC.

The International Committee of the Red Cross has been negotiating an agreement on taking DNA samples from the remains of men who died in the 1982 conflict.

The graves in the Argentine memorial cemetery, in Darwin, are currently marked as "soldier only known to God".

Some 649 Argentine soldiers were killed in the two-month conflict, while 255 British service personnel died.

The conflict saw a taskforce recapture the British overseas territory in the South Atlantic after an invasion by Argentina.

In total, 237 Argentine soldiers are buried in the cemetery. The work on identifying the unknown men is expected to begin by next summer.