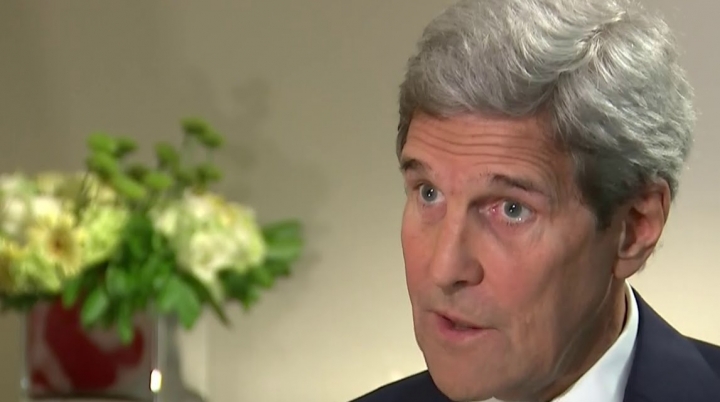 Tensions between Turkey and the U.S. escalated Saturday, as Secretary of State John Kerry took issue with Turkish president Recap Tayyip Erdogan's insinuations that the U.S. played a part in this weekend's failed coup, that left 265 dead and 1,440 wounded.

At issue is Fethullah Gulen, a Muslim cleric who lives in Pennsylvania in self-exile, whom Turkish President Recep Tayyip Erdogan is demanding be extradited to Turkey. Erdogan claims Gulen is behind the attempted coup, and the U.S., for all extensive purposed, is harboring him.

But Kerry slammed any implications that the U.S. had any involvement in the attempted coup.

"He made clear that the United States would be willing to provide assistance to Turkish authorities conducting this investigation, but that public insinuations or claims about any role by the United States in the failed coup attempt are utterly false and harmful to our bilateral relations," Kerry spokesman John Kirby said late Saturday, referring to a conversation between Kerry and Turkish Foreign Minister Mevlut Cavosoglu.

Erdogan has claimed that Gulen inspired and mobilized his supporters in his native Turkey, and directed the coup. Gulen, a staunch democracy advocate, is a former Erdogan ally turned bitter foe who has been put on trial in absentia in Turkey.