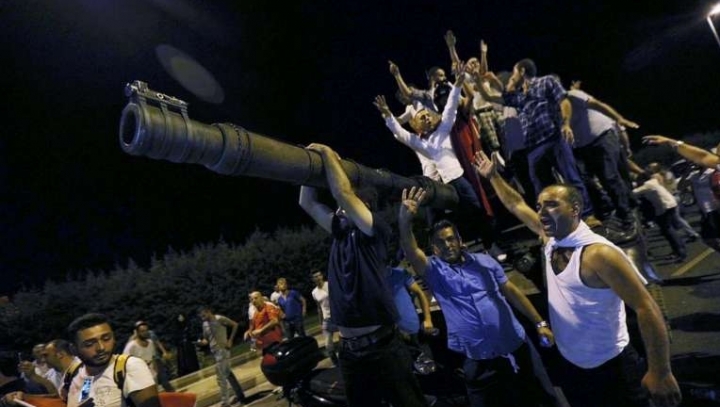 Turkish President Recep Tayyip Erdogan has denounced a coup attempt as an "act of treason" and insisted his government remains in charge.

A faction of the armed forces is accused of trying to seize power.

Officials say the coup is over though this has not been confirmed.

The cities of Ankara and Istanbul were hit by a night of bomb blasts, air strikes and gunfire which left at least 60 people dead and hundreds wounded.

Some 1,563 soldiers have been arrested.

Dramatic images showed dozens of soldiers walking away from their tanks with their hands up on one of Istanbul's Bosphorus bridges, after they had closed it off to traffic all night.