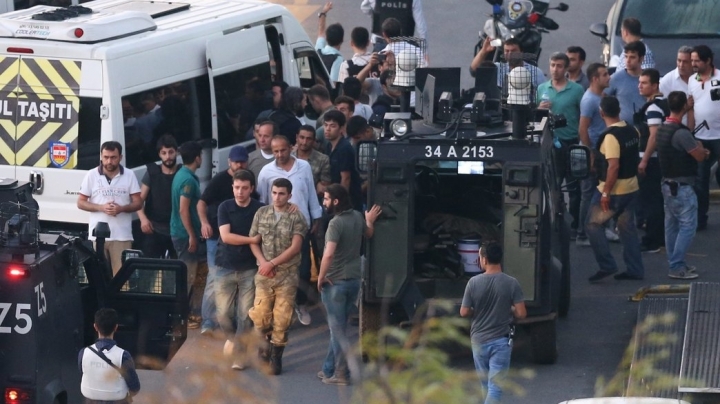 Two days after a failed military coup, Turkish President Recep Tayyip Erdogan's crackdown on those behind it -- and those perceived to have been involved -- is gathering pace.

In the hours since Friday's uprising -- which left nearly 200 people dead in a chaotic night of violence -- thousands of soldiers have been arrested and hundreds of judiciary members removed. Prime Minister Binali Yildirim has vowed that "they will pay a heavy price."

Around 6,000 people have been detained so far, Turkish Justice Minister Bekir Bozdag told the state-run Anadolu Agency, adding that number is expected to rise.

They include Gen. Bekir Ercan Van, commander of the Incirlik Air Base, according to the Turkish President's office. The United States uses the airbase to launch airstrikes on ISIS in Syria and Iraq.

Speaking Sunday at the funeral of one of those killed in the uprising, Erdogan did not rule out bringing back the death penalty for the coup's perpetrators.

As the crowd chanted "we want the death penalty," he said, "We can't ignore the people's request in a democracy -- this is your right."