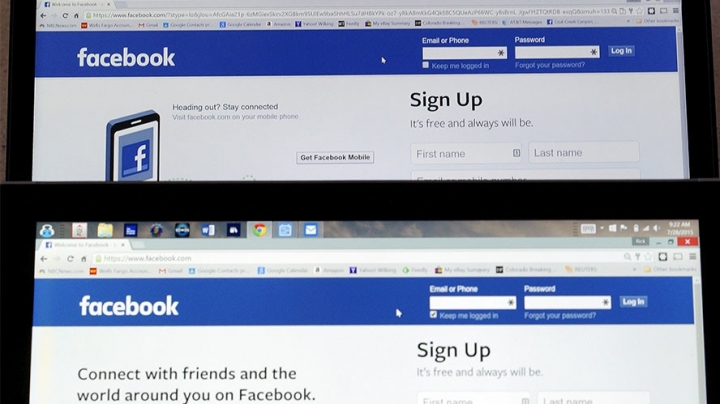 Facebook will force ads on all of its users, including those who use ad-blocking programs to avoid them, by changing the way ads are loaded into its desktop website, the company said, claiming it is doing so more out of principle than for profit, reports RT.

The social media giant will make advertisements indistinguishable from other content on its desktop website by removing the signifiers in digital ads that ad blockers detect.

Facebook believes that such a move will force ad blockers to resort to analyzing the content of ads and other materials posted on Facebook, which is a too costly and laborious process, ultimately meaning that the company will now freely deliver ads to its users despite their efforts to avoid them.

Andrew "Boz" Bosworth, Facebook's vice president of engineering for advertising and pages, stressed in a statement that Facebook is a free service “and ads support our mission of giving people the power to share and making the world more open and connected.”

In the meantime, the move is not expected to boost Facebook’s ad revenues much, as, according to the company’s 2016 second quarter earnings report, 84 percent of its advertising revenues are garnered from mobile devices, which are subjected to ad blocking to a lesser extent than the desktop website.

In its report, Facebook also says that its “ad load” – the number of ads a user typically sees – is “in a good zone,” meaning that there is not much space left for new ads to be added to those that users already see.

At the same time, Facebook plans to make ads more personalized and relevant by giving users more control over which ones they see. To this end, the company is introducing an overhauled version of its ad preferences tool, which allows people to choose what kinds of ads they want to see.

Some critics say that the social network is just bowing to the demands of its largest advertisers, from which the company reaps the majority of its profits, as the vast majority of Facebook’s revenues come from paid advertising.

On the other hand, the move was praised by the Interactive Advertising Bureau (IAB), an organization that develops industry standards and provides legal support for online advertising.

Meanwhile, the use of ad-blocking programs is on the rise. About 200 million people use such software on their PCs worldwide, according to estimates provided by PageFair, an anti-ad-blocking start-up. An additional 420 million use ad blockers on their smartphones.