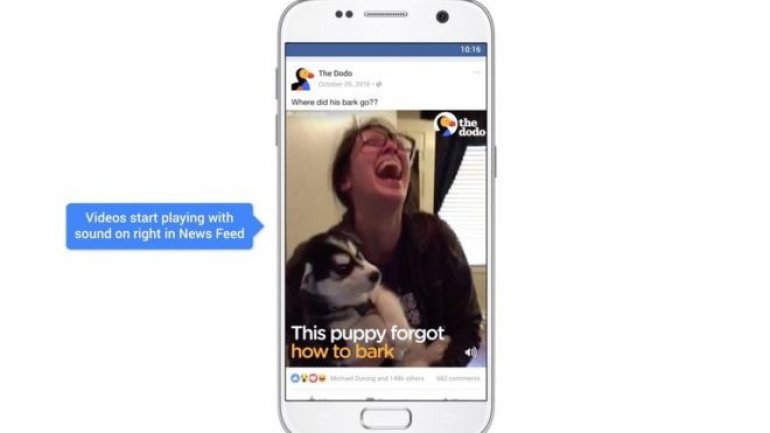 Much of Facebook’s recent growth can be attributed to the spread of video on its network - and the company told investors recently it planned to aggressively monetise that success, BBC reports.

Today, it announced some ideas to get things moving - starting with a change many users may not appreciate.

Videos have autoplayed on Facebook’s News Feed for some time, leading to a curious rise of “silent movies” as publishers adapted to knowing that the majority of viewers would be watching, but not listening, to their work.

But between now and the end of the year Facebook’s News Feed will be enabling sound on your News Feed by default, a move the company has been testing out on a limited number of users for a short while.