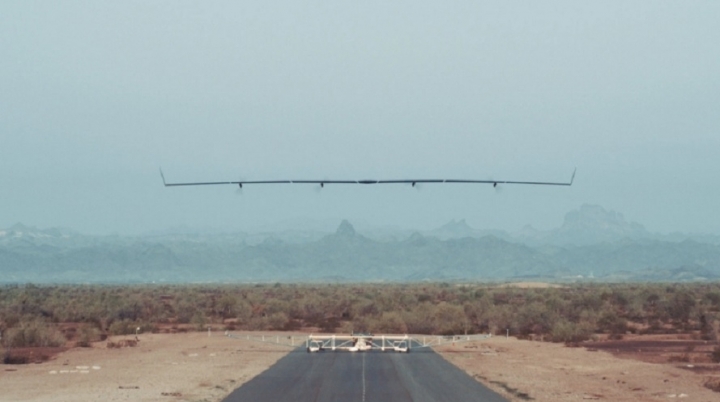 While Facebook has been flying a smaller version over the past months that is one-fifth the size, the test flight on June 28 in Yuma, Arizona was the first time the actual drone, named the Aquila, flew.

The Aquila is a part of Facebook's ambitious plan to provide internet connections to all parts of the globe, especially in areas where access is bad or virtually non-existent.

Upon the completion of the Aquila, Facebook said in a blog post that the drone will be able to beam down internet connections from a height of over 60,000 feet across regions covering a diameter of 60 miles.

Aquila will utilize laser and millimeter wave systems for the task, and is expected to be up in the air for as long as three months before needing to land.

The laser that the Aquila will use is able to deliver data at speeds of 10s of Gbps, and is accurate enough to be able to hit a target the size of a dime from a distance of 10 miles away.

Amazingly, while the Aquila has a wingspan similar to an aircraft, it will only be consuming 5,000 watts at cruising speed. To put that into perspective, that amount of power is the same one consumed by three hair dryers, or a single high-end microwave oven. During the day, Aquila will fly using solar power and at night, it will be drawing power from its batteries.