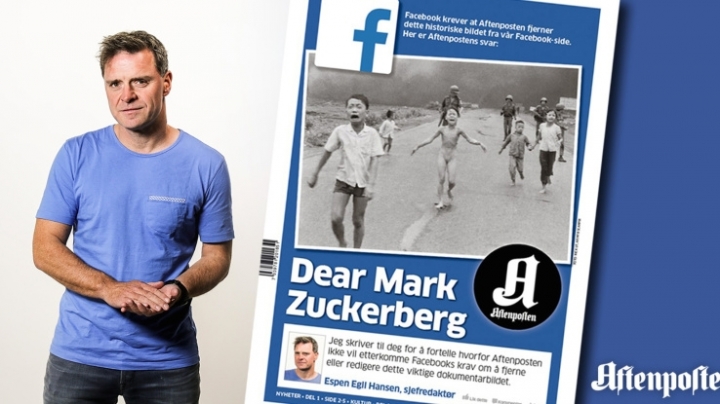 Facebook has backtracked on its decision to censor a Norwegian journalist and newspaper’s posts, reinstating the nude photo of a child fleeing napalm during the Vietnam war. Facebook had originally told The Guardian that “We try to find the right balance between enabling people to express themselves while maintaining a safe and respectful experience for our global community.”

Facebook continues to find itself in problematic situations as it attempts to control what appears in the News Feed. Earlier this year it cited a “technical glitch” for why a Live video of Philando Castile dying after being shot by police disappeared from the social network for several hours before reappearing.

At the time, Mark Zuckerberg said “The images we’ve seen this week are graphic and heartbreaking, and they shine a light on the fear that millions of members of our community live with every day.” That indicated that Facebook saw value in transmitting graphic and potentially disturbing content if it had news value. The company later clarified its policy to me, explaining that it only removes graphic content if it celebrates or glorifies violence.

These censorship blunders combined with the decreasing visibility of news outlets in the feed are surely pushing publishers to reconsider their reliance on Facebook. Unfortunately, most pull too much traffic from Facebook to simply ditch it.

In hindsight, publishers should have been working to deepen direct relationships with their readers rather than jumping head first into a channel they don’t control.