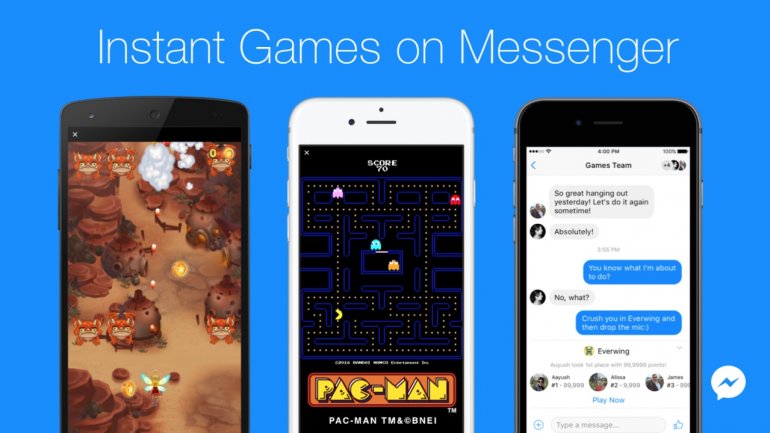 Facebook hopes some friendly competition will get you to spend even more time in Messenger, techcrunch reports.

You compete asynchronously via high scores instead of directly at the same time, so it’s convenient to try your luck any time. And eventually, Instant Games could earn Facebook ad dollars from developers promoting their games, or a cut of payments, though there are no in-game purchases allowed yet.

Instant Games launches today in 30 countries including the U.S., with 17 games from classic developers like Bandai Namco, Konami, and Taito as well as newer studios like Zynga and King. Instant Games are available on newer iOS and Android devices, and can be found by hitting the game controller icon in your Facebook Messenger threads next to the photos and stickers buttons. You can also play across platforms from Facebook on desktop thanks to a little overlaid phone screen.