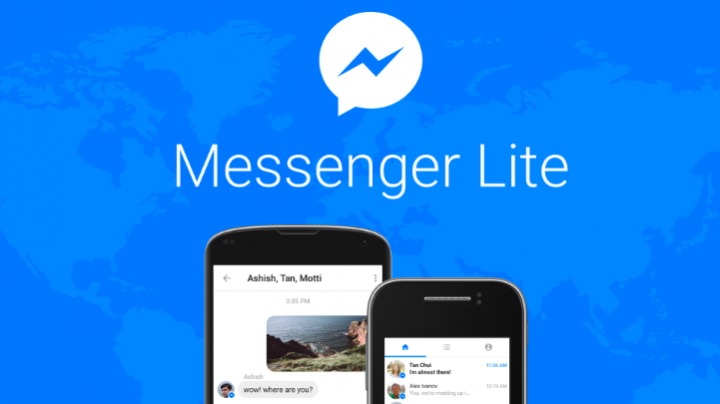 Facebook is seeking to fill in some of the gaps in the reach of its messaging app empire, announcing today a new standalone version of its Messenger app, Messenger Lite, specifically designed for older Android devices with limited storage and for slower, data-constrained Internet connections, Techcrunch informs.

Idea being that not everyone in the world has the premium hardware and superfast data connectivity that its full-fat messaging product assumes.

“With Messenger Lite, people are able to quickly and easily send text, photos and links to anyone using Messenger or Messenger Lite,” writes Facebook introducing the new app.

Or of course they could just use SMS.

The move follows Facebook launching a stripped down version of its main Android app for users in emerging markets last year. That app, called Facebook Lite, eschews data-intensive content like video and location-powered features like Nearby Friends to offer a more basic feature set and low res imagery in an app that’s less than 1MB in size.

Albeit Messenger Lite is not so modest in size: Facebook says the new stripped down Messenger is around 10MB. Although Android hardware continues to improve, even at the affordability focused end of the pipe.

Facebook says Messenger Lite for Android is starting to roll out, initially to Kenya, Tunisia, Malaysia, Sri Lanka and Venezuela — with other countries slated to be added in the “coming months”.