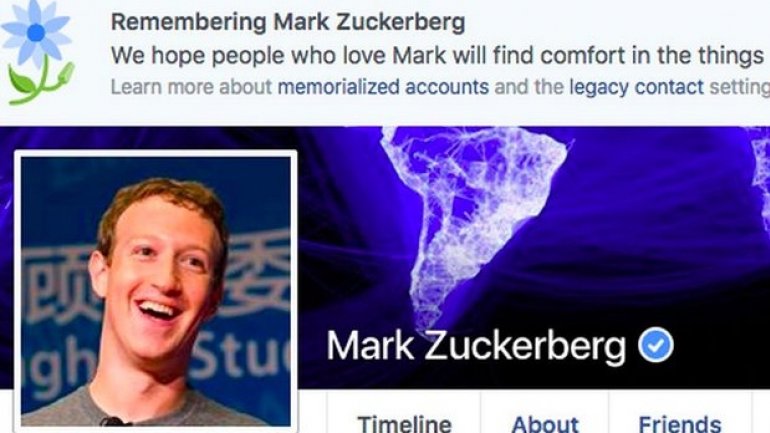 Rumors of Mark Zuckerberg’s death may have been greatly exaggerated – but by his own billion-plus user website, as a glitch on Friday afternoon led Facebook to declare two million users, including Zuckerberg himself, prematurely dead, The Guardian reports.

People logging in to their accounts to find that they had been “memorialized”, with a message saying (in Zuckerberg’s case): “We hope people who love Mark will find comfort in the things others share to remember and celebrate his life.”

Just a day earlier, Zuckerberg had said the idea that fake news on Facebook could sway people in their voting decisions was “crazy”.

At time of writing, at least four Guardian US journalists are among those who were declared by the social media giant to have shuffled off this mortal coil.

Facebook apologized for the glitch and explained that it was related to the social network’s protocol for ‘memorializing’ a person’s page when they do actually die.

The company planned to introduce the new messaging to existing memorialized pages, but mistakenly displayed it on two million other accounts.