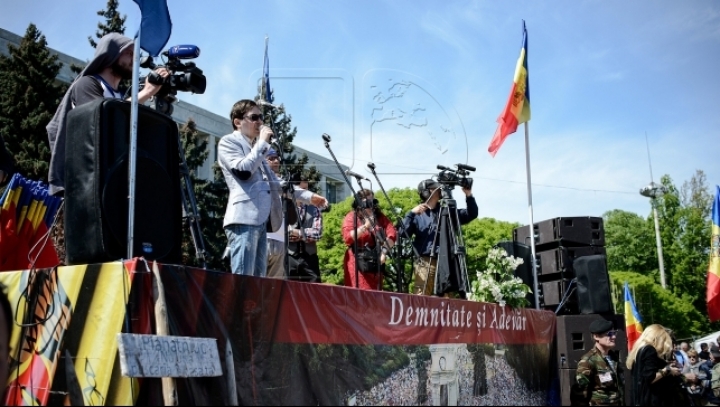 Dignity and Truth Party leader Andrei Năstase shuns answering journalists’ questions and is getting stuck in lies more and more.

And the attitude of the Ţopa fugitive convicts’ DA Party towards media is inadmissible. The statements were made by the guests of the Fabrika talk-show.

"We may set aside the dramatic disclosures about weapons trafficking, money laundering, money offshore transfers, parents’ accounts. The key point is that this individual has been lying since 2015. He’s always lying. And the disclosure of the Today.md journalists shows he lied on May 23 when he said he had not been in Germany for long," said analyst Victor Gurău.

The guests reminded Andrei Năstase’s lie at a TV show when he had said the DA Platform was never going to become a political party. They condemn the aggressive attitude and conduct of the Dignity and Truth leader towards journalists.

“Their reaction in this case was exaggerated, in my opinion, aggressive”, said political analyst Corneliu Ciurea.

The Today.md journalists’ investigation shows Dignity and Truth (DA) Party leader Andrei Năstase receives large amounts of money from abroad, holds important estates in Moldova and Germany and is instructed by the fugitive convict Victor Țopa, who is also his wedding godfather.