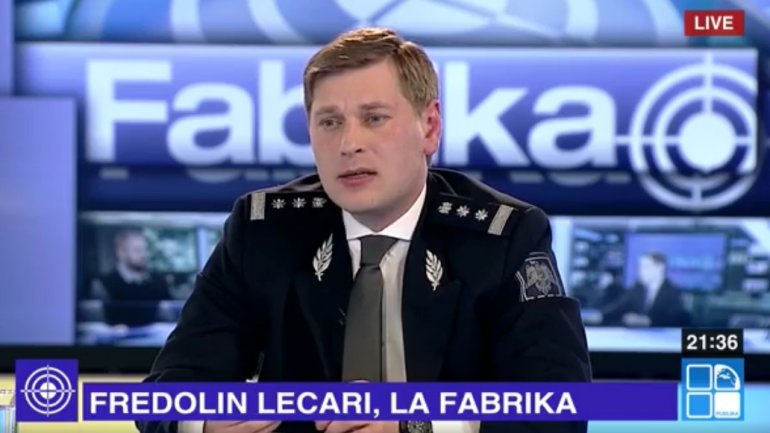 Increase of salaries, creating better conditions for border guards and improving dialogue with development partners. These are some of the priorities highlighted by border police chief, Fredolin Lecari, who was the guest of the Fabrika talk-show.

"Increasing the institutional capacity of the Border Police, negotiating with the Romanian agreement of joint border control. I have already started testing, piloting the common control at one of the checkpoints. Improved dialogue with development partners. Infrastructure and logistics employees create better conditions for the border police" , said the head of the border police, Fredolin Lecari.

During the show, the head of the institution said that in the past four months has decreased considerably the number of cases of smuggling at the border.

"Statistics show that we make progressed in all areas in terms of combating this phenomenon. We take enough effort to prevent and combat this phenomenon. Per general, smuggling is decreasing. Quantities of smuggling are also decreasing. We pay special attention to this phenomenon and I assure you with all responsibility that in a short time, we will record another strong performance in this regard " , said the head of the Border Police, Fredolin Lecari.
AFLĂ imediat Știrile Publika.MD. Intră pe Telegram