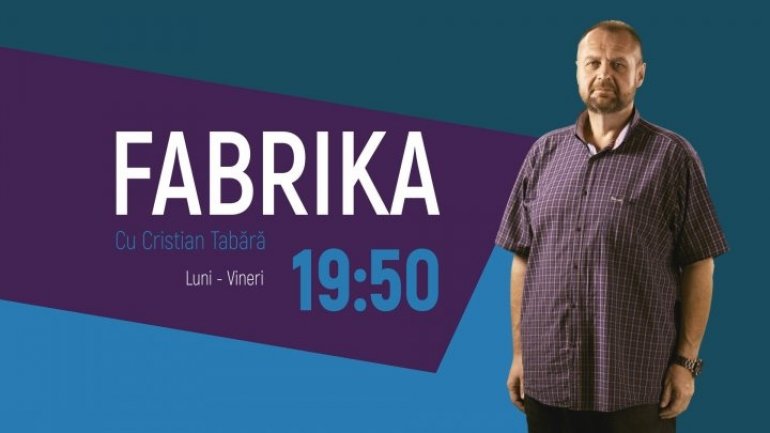 Guests from last evening's Fabrika believe that Moldova has to cease being an interlocutor for Russia, to stop bowing its head in submission when speaking with Kremlin. They repeated that Moscow has to withdraw its troops from Transnistria.

"This problem is unfortunately tied with the situation Ukraine is facing, as well as the issues existing with NATO" politician Valentin Crîlov said.

Journalist Petru Bogatu mentioned that previous Governments have always kept their mouth shut when it came to relations between Moscow and Chisinau.

"When you pretend that everything is fine, keep your head low, nobody respects you. Unfortunately this is changing only now. The Governments before this one, before Voronin, when Voronin was at held and afterward, have all avoided saying the truth to Russia" Petru Bogatu said.

The show's guests believe that Moscow must be open for collaboration with Moldovan officials during visits to Russia.

"It is unfortunate that such events took place. There are diplomatic solutions, as well as other, including parliamentary ones, to normalize the situation, including the situation officials from Republic of Moldova face. Such things are not normal" politician Valentin Crîlov declared.

"Big states have already taken measures again the person leading Russian propaganda, but Moldova, a small state it is, has more reasons to defend itself from such risks" Petru Bogatu said.

Two weeks ago, the Parliament from Chisinau has approved a declaration where it condemns Russia's attacks on information security and Kremlin's interference in our politics.