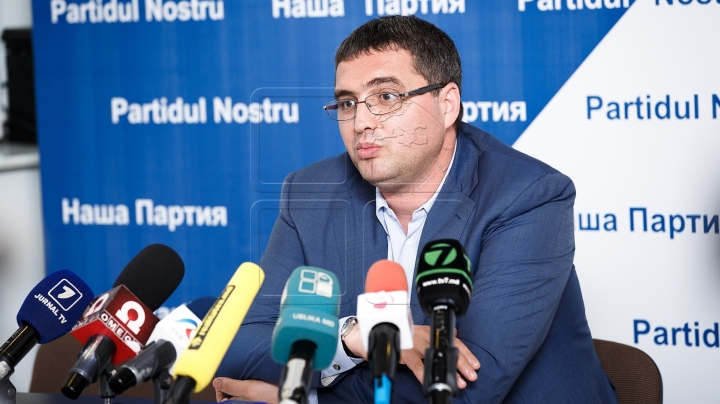 Renato Usatai is a very dangerous character. This is the opinion of the guests of talk-show Fabrika from last night. According to them, the language of “Our Party” leader is a slang from criminal world, and he only destabilizes the situation in the country.

The guests also gave an explanation to the nickname “Balabol”, given to Usatai by the netizens in the social networks.

“Balabol means a person who talks a lot and without any sense, who speaks words without a specific meaning” says Ruslan Sevcenko, doctor in history.

“This character is incoherent, and he didn’t do anything from what he promised. The criminal slang of these people is very harmful. He is a character who literally punches this country which these days will celebrate 25 years of existence” declares Traian Vasilcau.

The guests said that Usatai might lose his position as mayor of Balti, because he is almost always away from the country and does not fulfill his work duties.

“I observe in him two different speeches until the moment he created a political project. Said that he won’t enter the politics, that he doesn’t like politicians. And we all saw that in the moment he entered politics he came with another speech” mentioned the blogger Veaceslav Balacci.

“It seems that shortly we will have elections in Balti, because things cannot continue this way. Since the moment he was chosen as mayor, he showed in Balti only a few times. In rest, he was anywhere in the world, but Balti. His language should be blacklisted also on Facebook, because is not a language for the public” declared the leader of PSD Romania branch in Chisinau Victor Alexeev.

Renato Usatai became the main character of a documentary, posted on an internet page in which he got the nickname “Balabol”.

In the movie are shown his contradictory declarations and which are changing each day. The movie also shows details about the friendship between Usatai and members of criminal gangs, his position regarding the external vector of Moldova, and the relationships with other politicians.