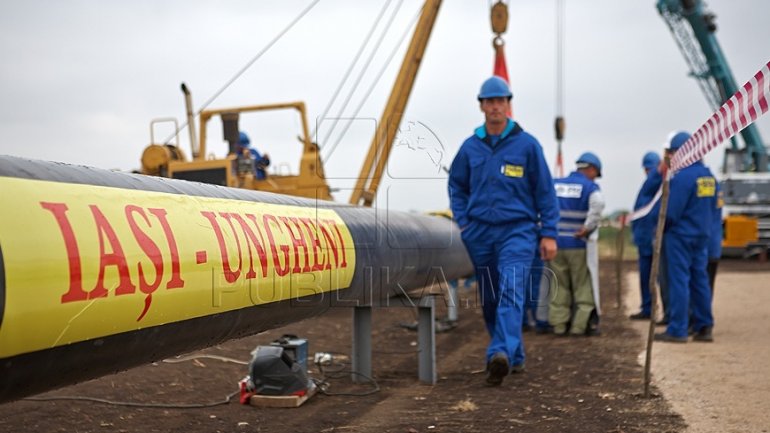 Our country may register a higher economic growth if energy market will be monopolized. This is the statement of "Fabrika" talk-show guests . Experts say that energy security is a good premise for new funding in areas which improves the economy.

"It's good and we particularly enjoy that we talk about a project of a certain magnitude. Projects that would allow economic growth in Moldova. Looks like we may be witnessing the application of sustainable development strategies. Ensuring safety energy and ensuring energy independence of the state is the base for the independence itself" , said Roger Gladei, director of consulting company.

"Private financing, and government one from the United States are to be expected. There is a positive trend and it must be capitalized. This is something that will boost further and build a better relationship between private investors in Moldova in relation to how government works and how it moves the economy" , said Sergiu Ostaf, director CReDO.

The guests of the show claim that after the implementation of the project of construction of the Iasi-Ungheni pipeline and its extension to Chisinau, citizens will be the ones to benefit from it.

"This project is for sure beneficial for Moldova. It will be the first major project carried out by Moldova and the European Union and Romania. People will notice the impact and that the European Union is a serious partner" , said Corneliu Ciurea, a political analyst.

"With the pipeline we have access on the Romanian market delivery in the European Union. It would mean that we have a new player in this market. It is impossible to revive an economy without energy resources. Due to this connection, Moldova can easily get the best price for gas" , said Roman Chirca, director of the Institute of Market Economy.

The government has signed on December 19th, the financing agreements totaling 92 million euros with the European Investment Bank and the European Bank for Reconstruction and Development on extending the Iasi-Ungheni pipeline to Chisinau.
AFLĂ imediat Știrile Publika.MD. Intră pe Telegram